Marie »Maruska« Polnikova‘s impressions from her residency aboard the ship Avalon, Monnickendam, Netherlands

Avalon, a mystical island, home of Morgan Le Fey, a powerful sorceress. Avalon, where King Arthur returned to recover from his wounds, and where he is still believed to be alive by some. A place that many places claim to be. Insula Avallonis, Island of Apples where all the crops grow by themselves, without the need for farmers to plough. Perhaps the first record of permaculture, one might think.

A wintery day, years ago, strong wind whirled around me through the gate of the ancient Glastonbury Tor, one of the places that Avalon could have been, so it is said.

And now another Avalon, this time on the other side of the North Sea to Britain, by myself again and strong wind that forms complex sound compositions formed by the rattling of loose sailing boats parts.

No, the harbor of Monnickendam is not a part of Arthurian legends as this place simply didn’t exist back then. Well, it did, actually, but in a very different form, as until around the 11th century, this area consisted of uninhabited marshlands. Still today more than 50% of it is covered by water, its name Waterland being rather literal.

And this Avalon is a boat – a sailing boat, one of many, many other sailing boats in apparently the biggest marina of Netherlands.

I am a stranger here. Stranger in the sea of sail boats and their owners who all sailed before they could even walk. Not my case. "Where are you heading for a sail?" they would ask and then struggle to understand that I’m just settled aboard the boat without a plan (Although not without a dream!!) to move. Yes, well, I’m an artist in residence here. Artists are often a bit of weird, so I’m doing fine in this regard. And I’m stranded here. Avalon is a seaworthy vessel, but I have no permission to move her, nor the experience to do so on my own.

Boats, ships and more boats and ships. Wind. Blowing pretty much every day, unstopped by hills or forests. No wonder everyone sails here. Families with small kids and elderly couples who enjoy their October sailing before the season ends for the "normal people".

Wind bringing the smell of the sea and cold that makes me wear a winter hat, while some of the locals walk around in short sleeve T-shirts. Well, a stranger, again.

Water. Big, calm plain of Marken and IJsselmeer and canals with direction signs so one can find their way easily when travelling through the area by boat, observed by numerous cows that graze on the meadows separated by the waterways. The area is known for its cheese production as growing crops was never really possible here, due to the amount of water in the soil. If it wasn’t for the system of these canals and dikes separating the land from the sea (some built as late as 1953), these would be marshlands and we would be below the sea level, don't forget.

And a smoked eel. And birds, who like the eel as much as the local human population and tourists, only they wouldn’t smoke it before eating it, although I wouldn’t think that matters much to the eels.

"Culture is part of nature" says Bruno as we drift into discussion over their works, occasionally gazing through the large windows of the EYE(Film Institute Netherlands), an impressive building opened in 2012 directly above the waters of IJ-Buurtveer in Amsterdam.

SLeM creates projects that are part of the landscape, crossing the borders of land art, sculpture and happening. Landscape Theatre as they call it.

"The art is to reveal the essence of a landscape through art. By transforming it, by letting events take place that have either a lasting or temporary effect on it. SLeM has set itself the goal to make the ordinary extraordinary, to amaze and alienate. Landscape theater forces the visitor to experience the landscape with other eyes and other hands. New mental landscapes."

SleM sometimes use traditional methods developed by the past generations to claim land from the sea. A methods that, inevitably, had to invite nature to collaborate, rather than fighting against it. Perhaps the Dutch tradition of collective work - as one little village really couldn’t build a dike alone - makes it possible to involve a big group- hundreds - of people from local communities to join their projects.

"Do you know other artists here, who also work with water, with the sea and ships?" I ask and Bruno struggles to answer. It seems that in a country whose geography is formed by water to such an extent, with large number of the population dwelling aboard ships and houseboats permanently; there is no need to make a statement about it. One also wouldn’t define oneself as an artist of Alpine "Hütte" for that matter. Culture is part of nature.

Early 17th century. A candle lit anatomic theater, the thrilled public of Amsterdam observing for the first time the insides of a fellow human revealed in front of them. I mean for the first time displayed in a controlled, scientific manner. Home of a cutting edge science of its time and now a place of Fab Labs and a Wet Lab (biological laboratory) run by Waag Society. Science, its methods and formerly expensive and inaccessible equipment for use to anyone who is interested. Advice of experts in case it is needed.

Tuesday evening, wooden floors, laser cut lamp shades casting patterns upon tables of a spacious room. Group of (generally) young people immersed in a discussion, joined by Anna Dumitriu, a recognized British artist of the Bio Art field. An open evening of the Waag society Bio Lab, same as every other Tuesday.

People arrive even from other cities, such as Rotterdam, to discuss their ideas and if possible, to immediately execute them on at the lab premises. Laboratory is equipped with basic, yet for simple projects, sufficient equipment. Some devices are self built - DIY and low cost compared to industrial ones. Their design shared according to Open Design (Hardware, Software) principles.

Back aboard Avalon. A thunder storm. Crescendo of the rattling sail components amongst my sea of sail boats. Heavy rain drops and a piece of Plexiglas instead of the wooden door, so I can watch what’s outside without getting the galley wet of rain. Coffee pot falling from the stove as Avalon suddenly swings with the wind.

Well, I had better go and wipe the spilled coffee.

Recommendations on Biology, Art and Boats 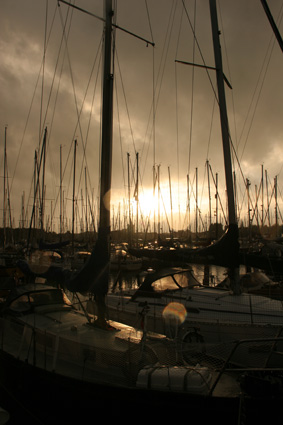 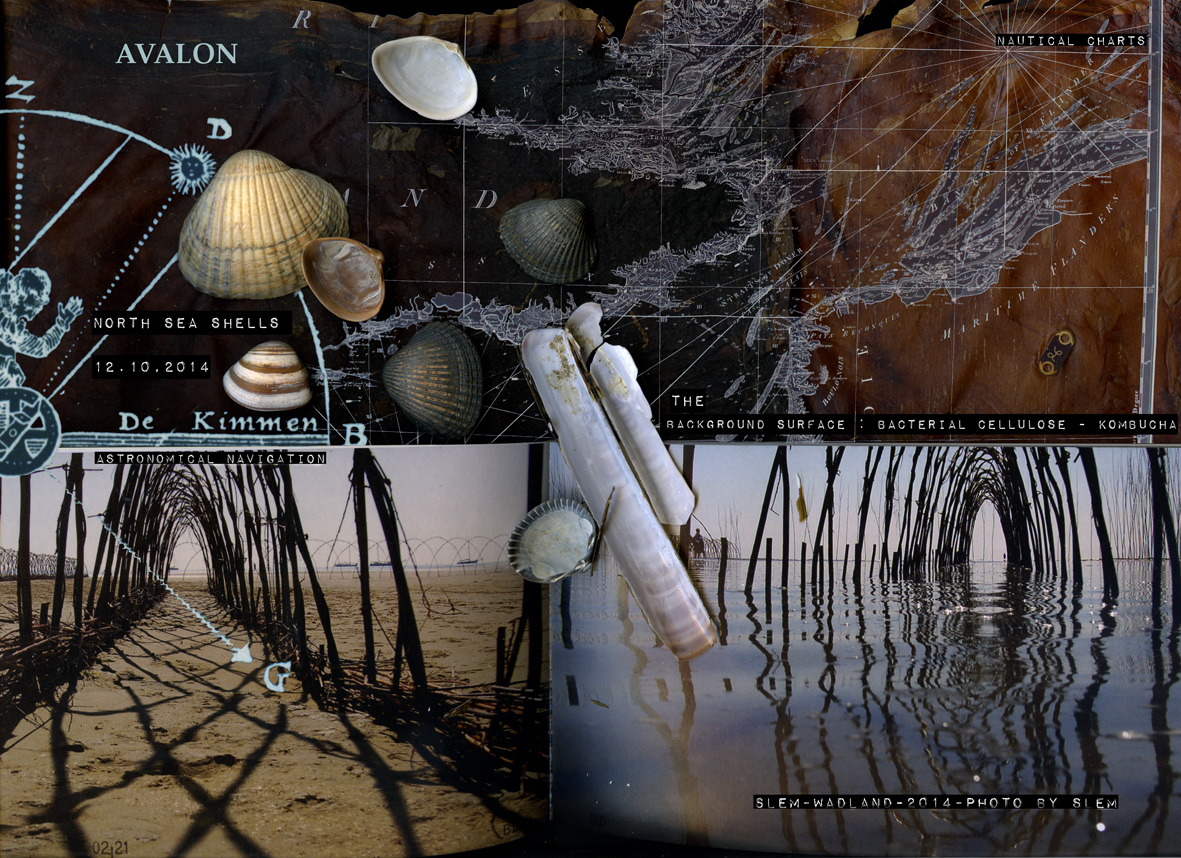