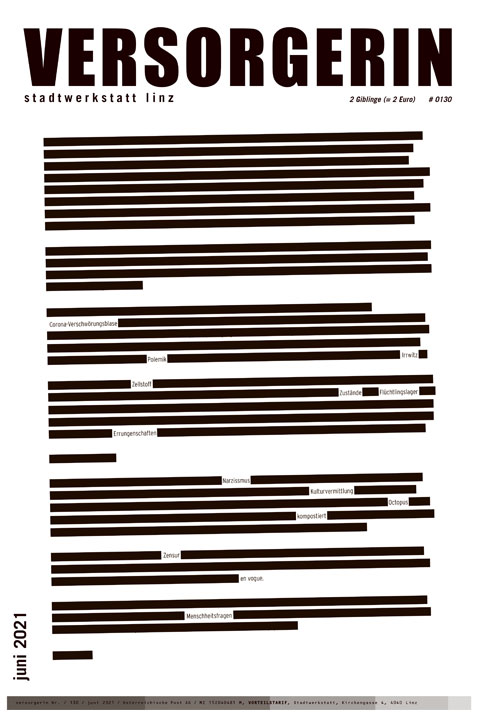 What can be an art server today?

An interview with Manu Luksch, artist, activist and researcher, whose practice interrogates conceptions of progress with a strong emphasis on research, participation and new forms of engagement. Interview and editing by Davide Bevilacqua, servus.at.

In 1998 – at the time of the first wave of enthusiasm about the Internet, before the so-called »dot-com bubble« burst with a loud bang in 2001 - Austrian artists Manu Luksch and Armin Medosch organized a conference in London called Art Servers Unlimited [here ASU1], an event that was repeated in 2001 [ASU2]. The participants of ASU found themselves under the definition of »art server«, which was »... not just about art but about supporting and providing a platform for new forms of digital cultural work which often (however, not necessarily) combines elements of art and culture, activism, alternative technologies, journalism and research.«[1]

Hi Manu, can you tell us about the context of ASU and how it came to be?

At that time I just left my role of artistic director of the Media Lab Munich to move to London, where I was about to conceive ambienttv.net, an artist run space focused on net culture and collective, collaborative experiments around sociopolitical questions about data and networks.

Back then, Armin Medosch and I were invited by the Austrian Cultural Institute to curate a panel about current phenomena of net.art and net culture and we felt it was important to talk about the practices of »art servers« – we really came up with this term. We wanted to make visible those who were running such initiatives and how these were always a response to the needs of a local situation, a very important aspect that came up again and again in the events. In ASU1 we tried to bring together non-for-profit initiatives, artists and activists for a reflection that Janos Sugar from Budapest well framed in his keynote: »Media art doesn‘t mean a particular art form, but an enhanced consciousness about the medium we are using, which can be or should be recycled into other more conventional areas.« We were focusing on practices around networks, this enhanced consciousness and the questioning of the media itself.

The questions in ASU1 & ASU2 seemed indeed to ask what we want to achieve with these technologies in the social realm; thinking how to enforce the self empowerment of people and communities and how to create platforms for them to communicate. What happened at the events?

In ASU1 one major collective effort was to network and fundraise amongst us. We worked on the idea of an »interfund network« – which in the end took a different shape, but it was an important catalyst to get groups together and to gain more cross-country attention. Visibility was in fact the second point, how to communicate to wider circles of people what we do and why. We also tried to solve this visibility problem technologically, with ideas like »web-rings«, linking each other,  to channel the visitors of our websites to the next net.art project.

This topic was also picked up in ASU2, which took place in Croatia and focused on the concept of Temporary Autonomous Zones by Hakim Bey. At the time the wireless community broadband network initiatives started to flourish, which was a new topic for ASU2. It was driven by the idea of giving access to very costly broadband, and by a vision of creating independent zones and spaces where we negotiate our own rules – e.g. about file-sharing, as at the time copyright legislation started to emerge due to the commercialization of the internet... In reality, it never really reached that point because much of our time was taken up by, you know, bricolage, just making sure our prototypes were running... However, in the middle of the event, 9/11 happened, so I just remember how this took up the attentions in the remaining days.

Looking from our current time perspective, ASU1 took place during the rising days of the dot-com bubble, the first commercial squatting of the internet, and ASU2 took place when the bubble exploded and the internet re-organized. Did it feel like this also back then?

Back then I did not really see what you are describing as the build-up of the dot-com bubble and its burst, and how this could affect the practices of myself and my peers in London. It was much more the ongoing shift towards harnessing the Internet as a space which is optimized for trade, transactions, commerce, shopping. That would just continue as well after the bubble burst, an attempt at making the web a regulated, controllable marketplace. Today, to put it in Shoshana Zuboff’s words, surveillance capitalism is the defining force of the network space. It has become a manipulative environment.

After I worked at the media lab in Munich, there was a phase when »media labs« became a »political tool for regeneration«, meant to help post-industrial cities transform towards the knowledge and information economy. In England this was widely deployed, as they would fund media labs in northern post-coal-mine cities with that intention. In these projects there was a lack of grassroots initiative, such as the ones that we identified in Art Servers Unlimited, which would grow on the substrate of the local needs and urgencies. This was completely absent and these labs were failures. 10/15 years further, I see many labs growing in different places. This shows that there is still a need and a practice to have zones where to really question everything that defines our network space, from the ownership of technologies to the politics and legal situation, as well as the standards that we agree on internationally.

I mean, we would need to speak about a cultural practice in the meaning of Janos Sugar’s words.
I have been noticing, how – while we pursue this shared concern about the increased loss of privacy –  actually the public sphere was pulled from underneath our feet and was privatized. You can see how in cities, many spaces, that we perceive as public spaces are actually being sold off to developers and are policed in different ways, where different rules apply. The same thing happened online.

For a contemporary art server it would be very important to consider both, like an urban lab where you consider, which values are important for the urban and the public space, but at the same time connect that to something like an art server. The most interesting example that I came across is the city of Barcelona, which really committed to understanding the benefits of what commonly goes as »smart city« as a combination of networked technologies, data analytics and the urban management. Governance can be an opportunity to become more inclusive and democratic in the shaping of the city. Their information technology commissioner, Francesca Bria, was really taking it in the direction of data sovereignty, keeping out the multinational IT companies and allowing thousands of local technology companies to tender and offer solutions. This was an important decision not to create dependencies to corporate solutions, because once you buy that infrastructure, you will have always to pay for maintenance and upgrades and fixing, and ... yes, you can’t shape it.

What you are describing seems like an answer to the statement in the ASU2 program, that the images of the Internet (virtualization, fluidity, immateriality...) need to be countered with the idea that the digital cannot exist without the physical, from the cable to the local needs. I read it as a hint for contemporary art servers to focus even more on local problems and react to the privatization of spaces and work against that, in the virtual and in the physical space of the city.

I guess that those are at the moment the places where to look how an art server idea can interact with the making of the development of a city. Unfortunately this went for a long time under the corporate term of the »smart city«. Sometimes there are well-meaning examples, where maybe a city would commission artists to conceive embellishment projects around bus stops but not really open it up in the way that Barcelona did. You can find these well-meaning efforts where someone just can’t really see how you need to open everything down to the operating system.

What are you doing now? How do you see these threads continuing in your current practice?

Four years ago, I had to close ambient.space, a 200 square meters loft on the top floor of a studio block that allowed the informal hosting of workshops, residencies and events here in Hackney. Since a few years, when I worked at Dreams Rewired, I developed a practice where I would lead a project as one would do as a film director, for example by bringing together a team as the needs occur. My recent project was looking into the manipulation of voters, and asking the questions of the so-called »forum internum«, the space of independence that you would need to really think freely. There is no public space anymore for debate and discussion, we are just part of this massaging, toxic infosphere. In this project, I have an interim result in the form of Algo-rhythm, a hip-hop musical that fictionalizes the Cambridge Analytica episode.

Now I am about to complete a film that was triggered by the encounter with the social media activist Ahmed Mansoor, one of the prisoners of conscience in the Emirates. I am looking into this long history of relationships between the very wealthy gulf nations with the West and the kind of hypocritical response of the Western democratic countries. They really want a slice of the petrodollars by attracting their investments, but at the same time they pretend to be guided by some ethical considerations. My film points the finger at us, as the makers of these authoritarian regimes. It shows how our association with those regimes by means of trade stabilizes their local mechanisms of oppression but also erodes the level of transparency and accountability back here.

Transcript of the conference: https://core.servus.at/sites/default/files/presse-attachments/Art_Servers_Unlimited.pdf 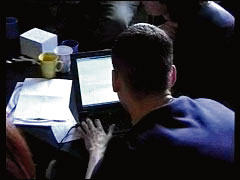 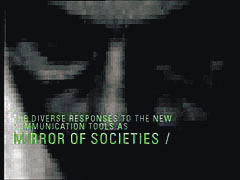 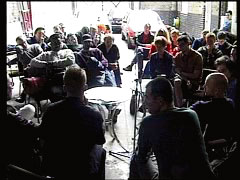 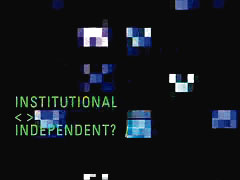 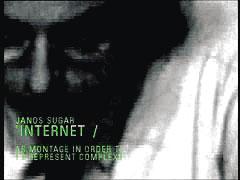