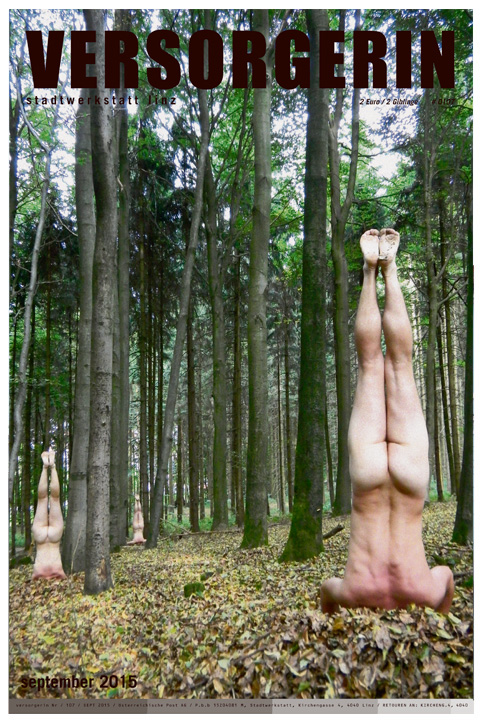 Running an independent cultural data center based in the Stadtwerkstatt allows servus.at to currently offer a rare opportunity for artists, cultural producers and NGOS in Europe to have access to a trusted community-based digital environment, which follows no other interests than offering alternatives. Our project has already achieved the status of being a long-term experiment of promoting and using free/open source software only. Maintaining this tiny island in the shark tank of growing Internet monopolism sometimes encounters a lack of comprehension, as it seems impossible to compete with the growing number of excellent »free« and easy-to-use online tools. Using the web is just one way of using one surface of the Internet, and experience shows that people are not likely to become more eager to understand the fundamentals of the net in the future.

It remains a rather small group of »nerds«, hacktivists, free media-activists and FLOSS-artists who are still interested in getting their own hands dirty by experimenting and developing projects where the physical place of a virtual environment also plays an important role for them. The most important thing for us is to support those who »like« to disagree and ask relevant questions concerning our society living in the age of (dis)information. This was the idea behind an Open Call we started in May. We spread the news through our networks, inviting people to submit projects for a virtual residency in our data center. Our objective was to offer access only to artists who are technically capable of maintaining their own virtual server on the one hand and on the other also of developing an interesting project from our perspective. Although we actually expected more submissions, we did not extend the deadline, since there were ten (5 male, 4 female, 1 mixed group) submissions from which we could select six for a final round. In the end we selected two projects, where we are also able to support the artists with a fee of 1000 Euros thanks to funding from the BMUK. With no expectation of a positive response, we additionally wanted to offer the possibility of working without a fee to the four other artists as well. Surprisingly, three of them were also happy with this.

Manufactura Independente is a research studio for design and graphic communication focused on free and open source software, free culture, and critical engagement with design tools. Founded in 2010 and based in Porto, Portugal, it is a testing laboratory and playground for experiments in crossing design, free culture, media art, typography, data explorations and hardware archaeology.

Since 2010 they design and co-edit the project Libre Graphics magazine, combining the critical perspective of an art and design magazine with a clear focus on libre culture. They have also been commissioned to re-design the website of Neural Magazine (http://neural.it/), the Open Font Library (http://openfontlibrary.org/de) and many more.

Since 2011 they have published numerous articles about typography and F/LOSS tools in various media, and have held several international workshops loosely connected through the thread of type design and proposing alternative workflows based on unusual tools. In addition to all this they also founded the open data collective Transparência Hackday Portugal.

You have been selected to realise your project »Foundry-in-a-box« within the framework of our virtual residency program »Artist Run Data Center«. Could you please describe what the project is about and why you decided to invest so much work in it?

Coming from a communication design background, we‘ve always had a special love of type design. Type design has historically been one of the most conservative fields of design, with very strict views on authorship, sharing and intellectual property. Our affinity with free culture got us interested in the idea of libre/open typography, at a time when web fonts were not yet a possibility and the Open Font Library was one of the very few places dedicated to the purpose of showcasing and distributing libre typefaces.

Additionally, we had started creating Python scripts to help the font publishing process, to deal with tasks such as font conversion, spacing adjustments or metadata verification. Having our own desire to start a type foundry and facing a dearth of libre type foundries, we started the Foundry-in-a-Box project as a way to inquire into the obstacles that prevent designers and other type lovers from creating their own
libre type foundries (we are not interested in aiding closed or proprietary practices).

After some time speaking with designers and other practitioners, it became clear that the libre font publishing process can be improved. Creating the typefaces is an involved process already, but getting them ready for distribution and putting them up on a dedicated site is an even more involved (and poorly documented) endeavour.

The Artist Run Data Center grant came at the perfect time for us to attempt to materialise our desires for a set of tools that can help us and others distribute our open fonts and create libre type foundries. We still want to take time to discuss with our peers how this can be achieved in the best way possible, but our direction for the Foundry-in-a-Box project will be the creation of a file format for packaging fonts, a set of tools to help with the packaging process, and an online resource for simple distribution of libre fonts.

What is the problem with the existent possibilities for publishing libre fonts?

The current main issue we identify in the online libre type landscape is the centralisation of font distribution. Google Fonts is a good example of this: it is a fantastic resource with a great interface for browsing libre typefaces. However, by keeping it inside the Google Fonts site, users become subject to whatever changes Google decides to make – for instance, non-free fonts have begun to appear on its search results. We think open fonts should be distributed just like free software, with de-centralized package repositories.

The Open Font Library is a comprehensive catalog of libre type, built collectively; we use it and have been involved in its development. It is nonetheless a centralised resource, but what we‘re aiming at is to improve things from OFLB‘s (Open Font Libary) example in the direction of decentralisation, not exactly to criticise its architecture, which reflects its status as the first systematic repository of libre fonts, and the first significant project to allow users to freely publish their open fonts.

A more general question: What are your thoughts about the situation of free and easy-to-use services dominating the web? And why is it still worth working with and for alternatives?

Gratis, closed services such as Dropbox or Google Apps make you give up control. Depending on them is not wise in the long-term, since the main concern for these platforms is not to serve users, but to monetize user behavior. Even with the convenience they provide by allowing people to outsource the maintenance worries, it‘s not worth giving up your data, control and independence for. The FSF (Free Software Foundation) has reminded everyone with its recent campaign that the cloud is just another person’s computer, as glossy as its interface metaphor might be.
Another reason these services gain force is the constant focus on productivity. Installing and maintaing your own tools is a time-consuming task and many services propose a more convenient route.

Alternatives to these popular services are crucial. By using the exact same service as everyone else, you are validating the idea that that service is the one where you should be. You end up encouraging others to use that same service by implicitly endorsing it through routine usage. Take Behance (https://www.behance.net/), for example: nowadays it has become almost the standard platform to host your designer portfolio. The user thus ends up becoming an advertising engine to convince people that giving up their independence is worth the convenience.

The goal should be to have free and easy-to-use services that are not closed. We don’t think the way forward implies that every user has to go through the trials and tribulations of setting up a server and maintaining their installation. Organisations with access to appropriate infrastructure can provide the backbone for suitable alternatives, like La Quadrature du Net does with its Searx and Etherpad instances, or the way universities host IRC servers and free software mirrors.

An example we love is the GNU Mediagoblin project that advocates for federation in contrast to centralization. Owncloud is another fantastic example, which we deployed internally (not without its fair share of troubles) to be able to replace Dropbox, Google Calendar and Google Contacts. 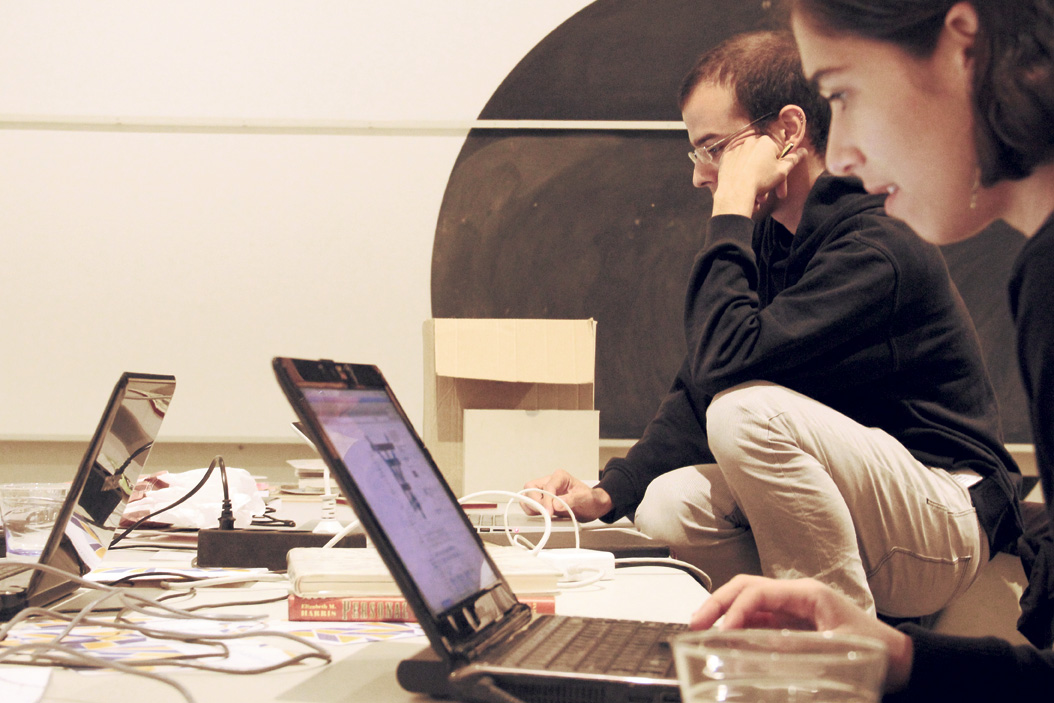