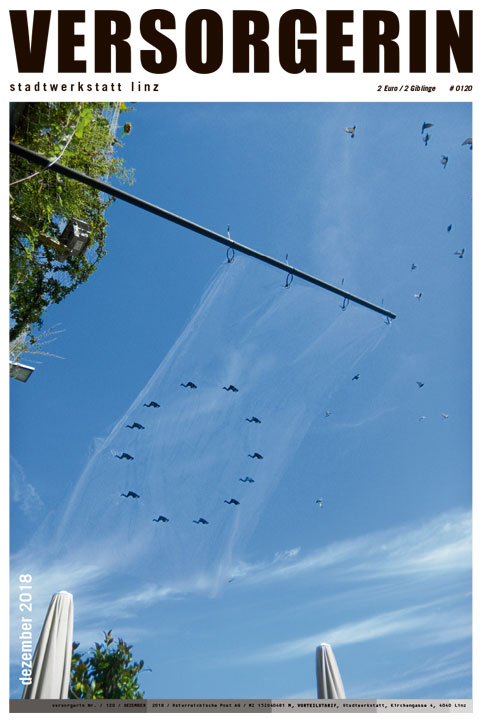 »I’d like to share a revelation that I’ve had during my time here. It came to me when I tried to classify your species and I realized that you’re not actually mammals. Every mammal on this planet instinctively develops a natural equilibrium with the surrounding environment but you humans do not. You move to an area and you multiply and multiply until every natural resource is consumed and the only way you can survive is to spread to another area. There is another organism on this planet that follows the same pattern. Do you know what it is? A virus. Human beings are a disease, a cancer of this planet. You’re a plague and we are the cure.«
- Agent Smith

In the Matrix, the Wachowski Brothers’ dystopian vision of the future, agent Smith, the primary antagonist of our hero Neo, is pictured always wearing an ill-tempered expression, dressed in a black suit, and dark sunglasses; now, our contemporary agents arrive smiling, dressed in hemp clothes and wearing google glasses. However, they come with the same promises: to save us.

In the last couple of decades, the term »ecosystem« was subjected to an interesting extension of its original meaning. It shifted from a biological connotation to a »community made up of living organisms and nonliving components such as air, water, and mineral soil« to a new »digital« equivalent of these natural systems. In the technological jargon of system admins and digital marketers, the word is now used for describing both the infrastructure of interconnected systems of computers and machines or, on a more abstract level, the conglomerate of online media used for example by a company to communicate with its customers.

We know that languages develop over time in order to be able to describe things that did not exist before by adopting previously existing concepts into new contexts. In the specific case of »ecosystem«, though, this process of re-semantization did not only extend the original meaning, but it covers it, making it often neglected and forgotten, even if the word is still used.
This leads us to an arguably trivial reflection about a possible feedback of this semantic shift. What is the connection between digital ecosystems and their biological counterpart? Or even more simplified: how do internet servers impact nature?

It appears very clear that this relationship between the »old« and the »new« ecosystems is fundamentally unbalanced. Like any other human activity, digital ecosystems are also based on natural resources that are fed into that system and consumed. What then goes back into the environment is waste. Unwilling to simply shut down the internet and go back to the stone age, the fundamental question is: which strategies could be implemented to reduce the environmental impact of our (online) activity?

Even though scientific research focusing specifically on the environmental impact of internet technologies is hard to find, there are various factors that one can determine rapidly. From a very basic understanding, server plants perform their duties by consuming energy and releasing waste into the environment. It seems quite reasonable to assume that the quantity of this environmental impact is directly related to the amount of our online activity. If this amount is constantly growing, can we suppose that internet driven pollution will also rise?

This might be one of the reasons why many of the service providers began announcing their brand new solution: »green datacenters«. These are infrastructures that are claimed to be constantly optimized with efficient new machines, and are powered exclusively with green energy – electricity generated only through renewable resources.[1]

All this sounds great, but there seems to be something missing in the equation for the perfect solution. Namely, how the major internet companies (which we won‘t mention, but most of them claim to run green data centers) structure their business models. In fact, any of their applications or services tendentiously invites the user to consume more and more data, which means more profit for them.

This is one of the core issues of the large internet contradiction we don‘t want to look at: even if we consume green energy, we are still polluting and warming up the environment through our incessant online activity. Green IT should in fact become a subject of critique, rather than a slogan with a smell of »greenwashing« being blindly accepted as a final solution that will save the environment, and therefore us. The urge for a sustainable web should not stop with the conversion to »green energy«, but rather foresee and enforce the use of a certain ethical and ecological web programming - this could mean rethinking the way internet services work, from the user experience design to the backend. Music streaming services, for example, might be more environmental-friendly if the user‘s 10 favorite songs were saved into a local cache, instead of being constantly downloaded throughout the day. And not to forget our beloved »endless scrolling newsfeed« should be abandoned for more sustainable (and less addictive) ways of conceiving the web.

The list of examples for greenwashing is a long one. We could briefly analyze Ecosia, the web search engine that donates 80% of its surplus to organizations who focus on tree planting.[2] Of course there is absolutely nothing wrong with that. The problem is how Ecosia earns its money and how this practice is normalised. The only income source the website has is advertisement (not surprising, eh?). Every time the user clicks on an ad, it produces money, capital that the company uses for their cause (and this is no joke). Moreover, they claim that the data they collect is anonymised, with no privacy issues, no third-party tracking, and so on (hurray!). What bothers us is more the fake anticapitalistic logic: where we do accept advertisement, cause we can use it for a good purpose?

The idea of a »super green company« fits very well into the capitalist logic and the industrial system that »ecological companies« do not try to stop. It’s the acceptable version of the »Ad Buddy« people in Maniac, which is a Netflix TV series about a dystopian vision in which if you’re broke, you can sell yourself to an »Ad Buddy« and by doing that, your bills get paid in exchange for a person accompanying you everywhere and spouting advertisements, like a human pop-up you can’t close[3]. In this future, we stopped being annoyed by ads, we simply accept them and use them for a good purpose.

If we remain in the search-engine field there is another player, way more powerful and totally greenwashed: Big G., who is since 9 years developing interest in energy consumption.

Google Energy was created to reduce the costs of energy consumption of the Google Group and subsequently produce and sell clean energy. And it worked! Based on the 2017 report of Greenpeace about the energy footprint of big IT company, Google uses 56% of clean energy, placing it third, following Apple (83%) and Facebook (67%).

It would be fair and interesting if the project had stopped there, but in the same year Google developed a software project named PowerMeter, whose goal was to help consumers to track their home electricity usage. The software was designed to record the user’s electricity usage in near real-time.

According to the company, if half of America’s homes’ energy use was cut by ten percent, that would equal the average energy used by eight million cars.

Imagine the scenario where Google - who already knows everything about us thanks to our devices - now starts to collect also the data of our habits at home, like how many times I open the fridge, in which room I turn the lights on and so forth..

We would like to tell you the good news that the project was ended in 2011, but in 2014 Google bought Nest, an American manufacturer of smart home products including thermostats, smoke detectors, and security systems. This opened a new dystopian imaginary.

What is still to come? The question remains open and we are also open for reflections, feedback and suggestions from you, dear reader, at eco@servus.at! 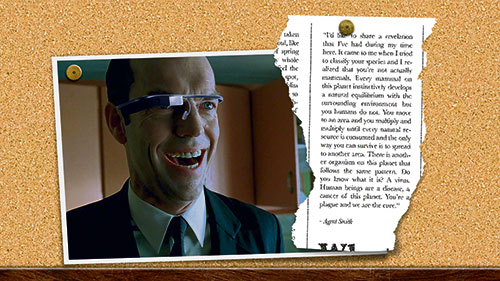