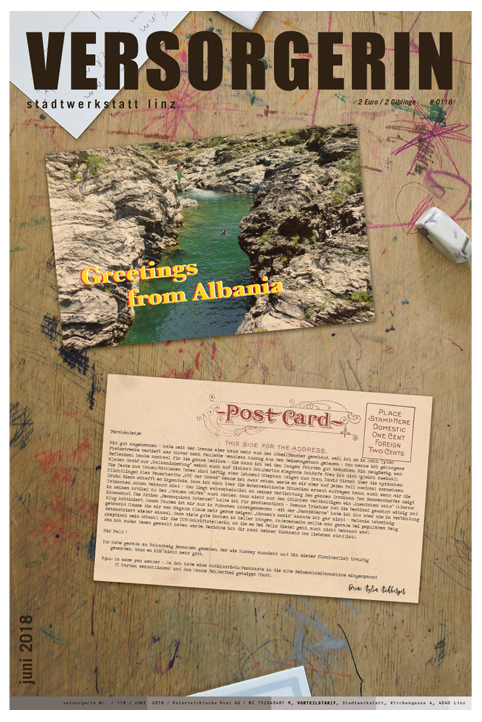 How to map the blank spaces in infrastructures, arts and activist practice? Review on »Art Meets Radical Openness« by Davide Bevilacqua and Martina Kapsammer.

From Unmapping Infrastructures to dancing dragons to Clouds behind the Clouds and to objects, that were finally sent into the Bermuda Triangle and yet send information back to Linz. Interdisciplinarity and a critical approach to various topics from the fields of technology, surveillance, infrastructure and open culture are, as always, an integral part of the AMRO Festival. The socially critical attitude and the activist idea, with which the AMRO Festival identifies itself, were reflected in artists and guests, and also created an atmosphere for discussions.

AMRO - Art Meets Radical Openness is a biennial community festival organized by servus.at in cooperation with the Kunstuniversität Linz - Department of Time Based Media. The festival is a space for discussion and sharing of ideas amongst the member of a fluid international community spread around Europe. Between 16th and 19th May 2018, in afo architekturforum oö, artists, hackers, and activists gathered once again to discuss together how to »unmap the infrastructures«, intervene in society and politics by criticizing the mainstream tendencies of data capitalism and develop a »human« alternative to these. This short article will briefly summarize the topics discussed in the last edition
of the festival.

The technological infrastructures can be understood as the complex system of software and hardware, that allows and regulates the movements of physical goods and digital information from one corner to the other of the earth. Despite infrastructures play a central role in our daily life, there is still not enough awareness and public debate on the ways they are built, both technically and politically.
We should not forget the many critical reflections that were published in the last 30 years about the risks and consequences of a merely profit-oriented network economy. Several of these artists and activists clearly pointed out the weak ethical points of the system, with the hope that this will change the way technology will develop. All of this, nevertheless, did not prevent the Internet – and the entire world – to be more and more colonized by digital monopolist corporations, who act like they were monarchs in a medieval state.

The cartographic reference mentioned in the title represents, therefore, an intention of unmapping, unpacking and uncovering once more the power structures within the multiple layers of the technological infrastructures, that are surrounding us. AMRO aimed at opening up the mainstream discourses of Silicon Valley, to find places, where to intervene – artistically or politically – and hopefully influence the teleological growth of tech-capitalism – or how we may call it otherwise.

AMRO participant Pablo DeSoto maintained, that there is the lack of a suitable metaphor capable of describing the mega-infrastructure, and at the same time including in that conceptual model also the ways, machines, networks, and algorithms are »situated« in specific local contexts. Representations like Bratton‘s Stack, for instance, can be seen as totalizing attempts at explaining the whole world in one relatively simple structure, who fails at incorporating local phenomena in the larger picture.

This tension is further expanded by the idea, that the structures of technology are »blinding« us. Fieke Jansen describes the euphoric rhetoric employed by states and tech-companies as one of the first obstacles that obscure the most evident effects of the use of technology: by using it, the existing biases and power structures are reinforced. Likewise, the idea, that technology will solve very »human« problems, like inequality or violence, is absolutely misleading. As Fieke Jansen strongly maintains: we need to »find new approaches and frameworks to unpack the power structures driving the implementation of technology«. Technology should not be considered as a mere neutral tool. It should be re-politicized and considered for its social and ethical implications.
The environmental perception of data-clouds and interfaces follows the same rhetoric of obfuscation depicted by Jansen. In addition to the political consequences of an a-political technology, the current rhetoric hides the heavy environmental costs of our smart-lives. Data clouds or server infrastructures are rarely considered as responsible for the changes they induce in local natural habitats. In their talks, Felipe Castelblanco, Christina Gruber, and Joana Moll unmapped the rhetoric of interface design, industrial procedures, advertisement, and techno-enthusiasm. They analysed a series of aspects dealing with the only-apparent absence of weight of data clouds and their environmental impact. How can we highlight and raise awareness about these? Designers and engineers could play a very important role in imagining lighter, less invasive and more sustainable systems.

The ethical issues of data-tracking or open source communication networks were spun further by Alison Killing and Sea-Watch. Killing dealt mainly with the ethical problems of narrating humanitarian crises through mapping and visualization. The activists from Sea-Watch highlighted the ways, how NGOs organize their activities of search and rescue of migrants in the Mediterranean Sea through open-source tools.

In the panel »Dancing with the Dragons« the idea of having »lost the war« enforced a certain pessimist disenchantment towards the revolutionary ideals of activism. The experiences, that shaped the ethical discussion about the internet - but failed in preventing its commercialization -, should now be the basis for re-discussing the methods of activism and political practices. Based on punk, ironic and irreverent habit of hacking the structures and language of techno-capitalism, re-building communities, not forgetting how media work, and developing new strategies for getting lost and finding new ideas again. 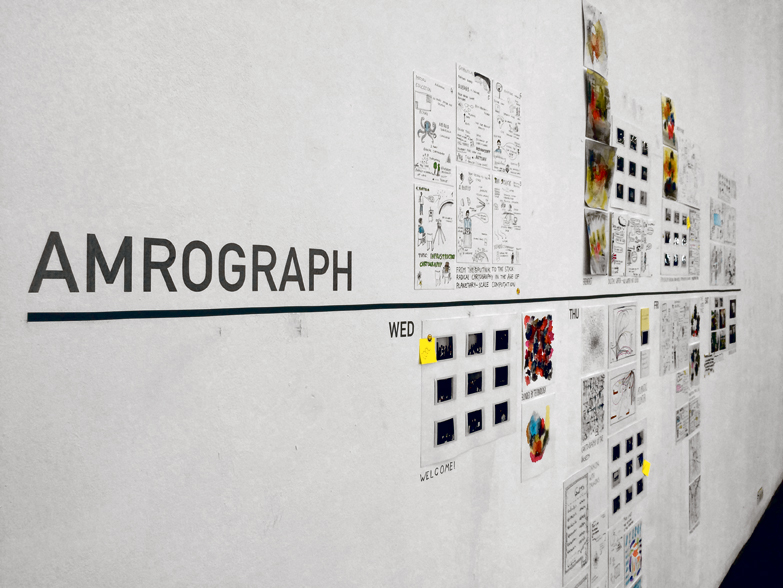