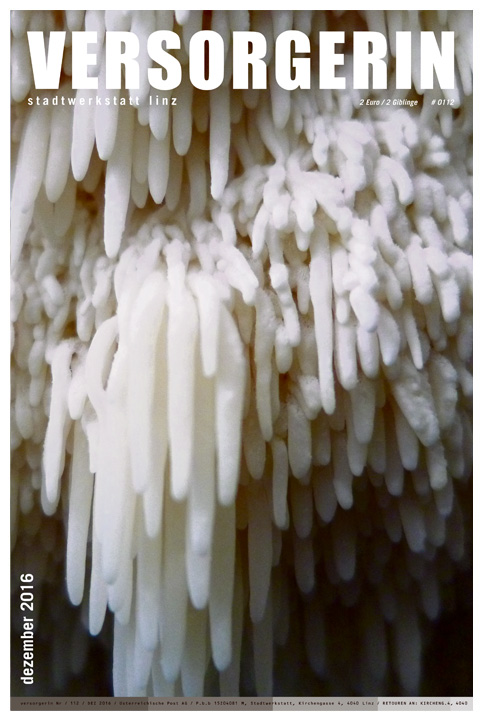 Sarah Grant: In 2012, I started as an artist in residence at Eyebeam here in NYC. I was interested in exploring offline networking and mesh networking with the Raspberry Pi and ended up creating Subnodes (http://subnodes.org/). While working on this project, I met many others who were working on their own mesh networking, offline networking, or DIY networking projects. I also spent some time in Europe where I noticed there was a lot more public awareness around community and mesh networking. For example, the existence and widespread adoption of Freifunk in Germany and Guifi.net in Spain and events like Battlemesh which takes place all over Europe. I actually messaged the Battlemesh mailing list seeing if anyone would be interested in hosting one over in NYC. I was met with a less than enthusiastic response, and it was at this point I decided to organize an event myself.
I knew there were a lot of interesting arts, community and activist projects happening stateside with DIY networking, particularly in NYC, and I wanted an event that would bring everyone together for the sake of sharing ideas, inspiring each other and also raising public awareness around what people were doing in resistance to what the Internet4 had become.

At the time unrelated, I was also reading about video art and public access television in the early 70s and came across the publication Radical Software, which was started by Beryl Korot, Phyllis Gershuny, and Ira Schneider in 1970. While reading the history from the website (http://www.radicalsoftware.org/e/history.html) I came across this paragraph that struck a chord with me and how I thought of what was becoming of the Internet:

There was an editorial, written by Korot, Gershuny, and Shamberg, noting the relationship between power and control of information, and the importance of freeing television from corporate control. It also included a balanced assessment of technology as a cultural force, and recommended an ecological approach to understanding it.

The Raindancers used the term ecology in its original scientific sense, the study of systems within their environments. This applied to all systems — cultural, informational, and political — as well as referring to natural systems as the term is usually understood today. “We need to get good tools into good hands — not to reject all tools because they have been misused to benefit only the few,” Shamberg wrote.

You could basically replace the word ‘television’ with ‘Internet’ and I think it would sound as though it were written today! From this, I was inspired to borrow the “Radical” from “Radical Software”, and thus was born “Radical Networks”.

I invited Amelia to work with me, as she is another woman working with DIY networking technology. She has created many projects, such as Community Phonebooth5 and Signal Strength6, which were two of her latest projects when I first met her in 2012. I thought it would be good to have a partner to develop Radical Networks with. I met Erica Kermani while she was working at Eyebeam as Director of Community Engagement. She was the liaison between us and Eyebeam. Since I was previously an artist-in-residence at Eyebeam and it was my first time organizing a conference, I invited Eyebeam to partner with me to help organize and promote the event.

Ushi Reiter: The idea of “doing it yourself (DIY)” or preferably, from my perspective, “Doing it together (DIT)” including building decentralized independent networks, running our own Data Centers, is not really new. A lot of projects with good intentions sadly failed in the past years. Putting the power into people’s hands so they do not have to depend on big cooperations was often behind these ideas. Nevertheless, not even Snowden’s leaks in 2013 managed to raise awareness of the usage of alternatives in a broader sense. The mass of users stick to easy-to-use interfaces, networks and their habits. Do you have an opinion on this?

Sarah Grant: I see what you are saying and agree with your thoughts. It does feel like an uphill battle sometimes to get people to care more about taking the power back for themselves to run their own web servers and networks. Whether we like it or not, it takes a cultural shift of some sort to get people to change their habits. It’s not enough to just point out what’s broken and then ask people to help fix it. I’ve thought a lot about this and from that have been wanting to grow the arts festival aspect of Radical Networks, since art is one way into the people’s hearts. One of the important roles that art can fulfill is that of connecting people personally to otherwise abstract or non-relatable ideas.

I’m still learning myself whether or not this will lead to anywhere, but it’s one direction I would like to explore going forward. When you mention that the mass of users stick to easy-to-use interfaces, I think this is exactly what’s missing from a lot of these projects with good intentions that nevertheless fail. I think the missing component is a well designed and not just easy-to-use, but also joyful-to-use interface.

My wish is that we could get the kind of UX (User Experience) and design that is enjoyed by big brands in the advertising world and team that up with some of the brilliant and socially-conscious engineering that goes into these DIY (or DIT :)) projects to create alternatives that might actually be adopted by the mass populace. I know that my opinion regarding “joyful-to-use” interfaces is unpopular with some people, but having spent a lot of time in advertising myself and witnessing some of the, let’s say, “non-essential” things people were influenced to engage with, I really believe that good UX and interface design is one of the ways forward towards connecting with the general public.

Ushi Reiter: A lot of contributers presented projects during the second “Radical Networks” event in November 2016. Is there any basic mood you could describe that all of the contributers follow within their investigations?

Sarah Grant: I think the common thread is critical inquiry. Everyone who presented looked beneath the surface of these technologies to see how they could be further shaped to address a creative problem, a social problem, or to simply expose vulnerabilities that we are all susceptible to through our everyday use of the Internet and cellular networks.

Ushi Reiter: I am convinced that a critical approach and ethics is the most important code we should develop, mediate & “nurse”.

You also mentioned earlier, which I found interesting, that you did not get a response to your request about conducting a Battle Mesh Event in New York. (The Wireless Battle of the Mesh is an event that aims at bringing together people from across the world to test the performance of different routing protocols for ad-hoc networks, like Babel, B.A.T.M.A.N., BMX6, OLSR, 802.11s and Static Routing. ) So you started your own event.

I have often experienced a significant gap when technically advanced geeky people meet with artists or female-identified people in the context of Open Source/Linux-related events. What’s your experience with such situations?

Sarah Grant: Yeah – to tell you the truth, the response from the battlemesh mailing list was pretty frosty at first. I got some sarcastic / dismissive responses about hosting a battlemesh event in NYC, though the ones dismissing me said it was because NYC was too far away. It was discouraging to say the least. But yeah, I do always feel some trepidation going into these boys clubs with my questions. I’ve had other awkward experiences before, like men being like “whoa, a female developer! I’ve never actually met one before.” I haven’t experienced as much as hostility as I have been met with disbelief that I am a real person who is female and writes code. And I’m not doubting that there is real hostility out there at all, I’ve just been lucky enough to not experience it directly.

Ushi Reiter: As I understood you, you consider yourself as feminist. Could you tell me where feminism enters into or influences your method of working?

Sarah Grant: I think my feminism is expressed simply through not giving a shit (excuse the language :) ) about whether or not a male colleague believes in my commitment and talent and maintaining confidence in myself to continue doing the work I want to do. I’ve always been one of the only women (if not *the* only woman) in a room of developers, whether at my professional day job or at a hacker event / hacker space / workshop. I’ve had to put up with people doubting my skills and also how much I *actually* care about programming and hardware and networking and whatever other technical topic. In the past, I’ve never made feminism the centerpiece of my work, mostly because I wanted my male counterparts to simply accept me as a person without any agendas other than being the best that I can be in my field. But I think this was doing a disservice both to myself and women in technology in general. Therefore, more recently I have been trying to do more than just “blend in”. I’ve been engaging in debates with male counterparts in tech who sincerely doubt that most women want to be engineers and developers. Amazingly, there are *still* men in the tech field who have this attitude!

Ushi Reiter: Admittedly, I’m known for being rather pessimistic, but I don’t think art, particularly in this context, will have a major impact on a social or technological change, but I think it often points out some tendencies before they are co-opted again. At the moment I see people trying to build parallel universes and islands to stay among people we like to deal with. Which is fine for me. Do you see a more powerful role for art in the future?

Sarah Grant: I understand your feelings that art won’t do much in this context. I suspect that I might live in a bubble since most everyone i know is an artist and/or technologist of some sort. I can’t say right now if pushing Radical Networks in the direction of an arts festival will do much to promote alternative networking in the general public. It’s something that I will have to let develop over time and then see what happens. There has to be some kind of shake up that happens socially to cause real change in our daily habits and preferences. I actually think that the election of Trump could be this catalyst that results in real change. It is at least encouraging to see the number of people who have joined Signal in the last week in response to his election. Now is actually a ripe time to go out and evangelize alternative networking applications through workshops and events like Radical Networks. A significant amount of people, at least in the States, are feeling afraid about what can come about under a Trump presidency, and it’s exactly in times like these when people are willing to break out of their habits to try something new.

Ushi Reiter: Thanks for this conversation! 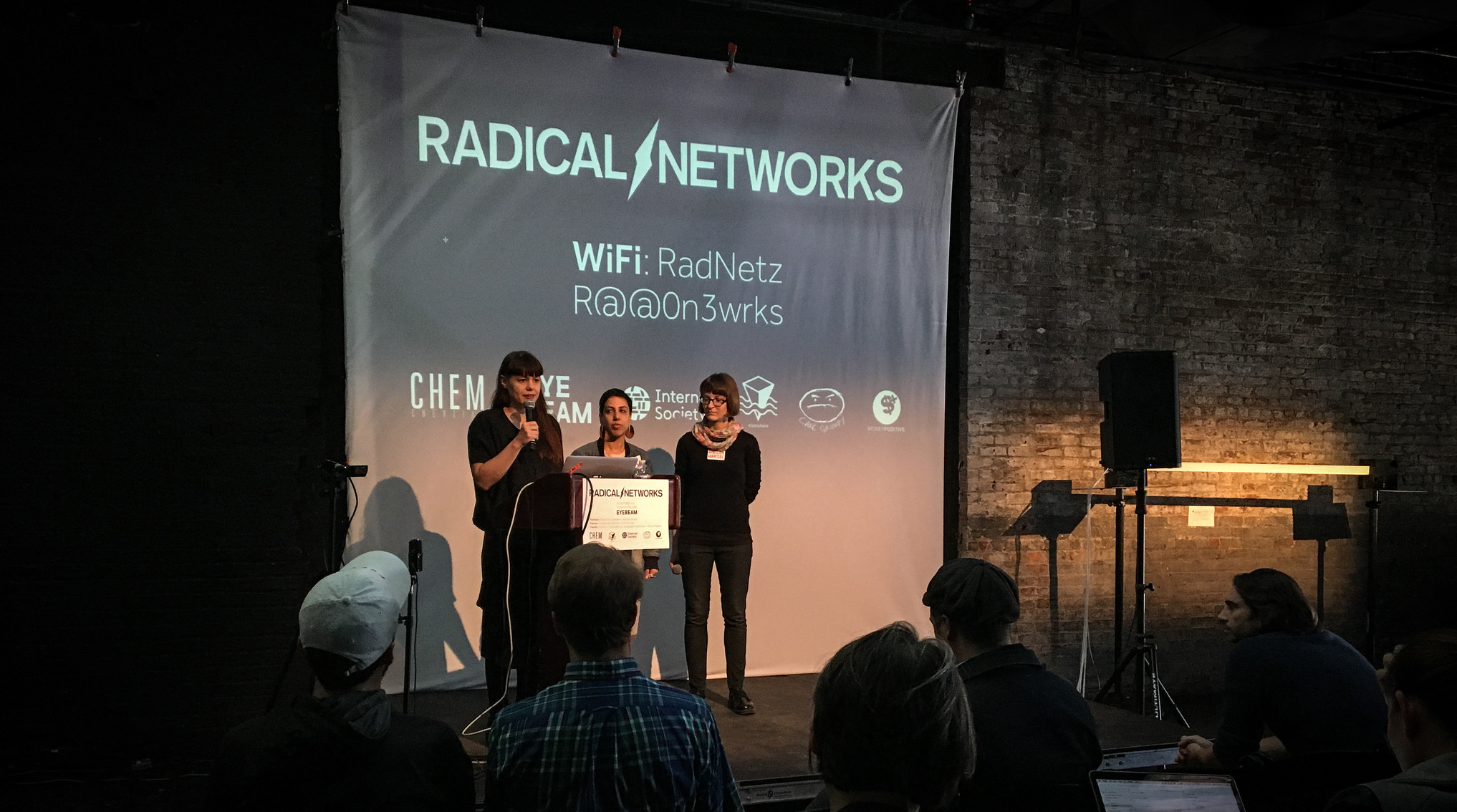