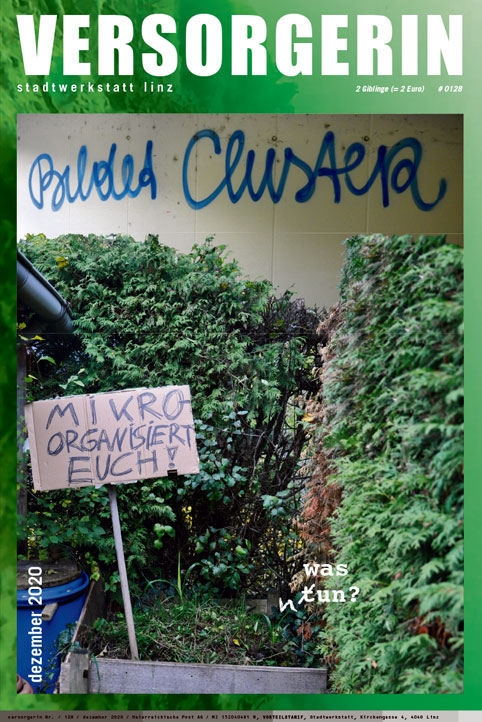 Space-time for dislocated nodes: The specificities of time, when it comes to music making from the distance, find a border in live communication technologies when latency makes it relatively impossible to synchronize. Still our wish to play together overcomes this impossibility, while new notions of now and togetherness are built.

How is it possible to share time and space across distant locations?

A question that sounded futuristic when the pioneers of electronic music and computer networks made it in the 1970s regained relevance this year, when the Covid-19 restrictions did not allow sharing in a physical way.Networked Music has addressed this topic for at least 50 years, through the practice of a relatively small community of artists and scholars, mainly from the disciplines of music, sound art and performance media art (Alarcón, 2020). In their technological developments we can observe these elements in action.

The practice of Networked Music Performance inherently relates to its medium as an infrastructure that determines an affordance, technical challenges and philosophical questions. In this case, the network becomes the stage, where performers and audience are nodes, in a distributed experience of a live act.

From its origins, Network Music Performance (NMP), also associated to telematics, relational or distributed, aimed to simulate the presence of performers in dislocated spaces in the same room. The demands of this physical challenge follow the definition of Cristina Rottondi who writes that, NMP »represents a mediated interaction modality characterized by extremely strict requirements on network latency.« (Loveridge, 2020)

While in the early Twentieth Century it was possible to broadcast music through radio or telephone across long distances, it was not until the 1970s that computer networking opened a spectrum of possibilities, starting rather with the transmission of data signals than full audio waveforms.

Later, in the late 1990s, the improvement of internet bandwidth finally allowed the delivery of high-quality digital audio over networks, (Loveridge, 2020), giving place to a wider experimentation in Telematic and Networked Performance.

Due to the setting of multiple locations, the NMP is an inherently collaborative medium. Artists such as Pauline Oliveros, Annie Abrahams, Paul Sermon, Robert Rowe, Miller Pucket, Sara Weaver, Rob Hamilton, Juan Pablo Cáceres, Ximena Alarcón, Shelly Knots, next to multiple ensembles such as »The Hub«, The Avatar Orchestra, Female Laptop Orchestra, Ethernet Orchestra, Live Coding practices, among other explorations, have been part of this journey.

»Platforms centralize and decentralize at once, drawing many actors into common infrastructure. They distribute some forms of autonomy to the edges of its networks while also standardizing conditions of communications between them.« Benjamin H. Bratton, 2016

When playing from distant locations, the performers might have a different kit, but all sides need to share the same streaming software. (Weaver, 2020) The topography of this virtual entanglement suggests a decentralized structure in which each participant is a node of a modular grid. This creates a horizontal relation between all the parts, determined by the relations between them.

Still, the mediated configuration leaves space for the usual roles of the performers and a relation to their approaches. For example: in an ensemble, there can be a conductor and interpreters. One can define a performance as participatory or not. Although, when we talk about »neutrality«, it is important to remind that every interface has a design, and there is a platform administrator.

The participants interconnect through hardware (microphones, speakers, headphones, etc.) and software (Jacktrip, Soundjack, LoLa, videoconference tools), in a mediated layout that creates a distributed experience of performing (Weaver, 2020). Although performers and audience might be in different sub-networks, they are under the same technical conditions. It is a decision of the performers in this type of setting, where to place the audience.

The impossibility of »Real Time«

»According to Boris Beaude, the main feature of the Internet is that it is a space of ‘synchronisation’ on a worldwide scale. The neologism ‘synchorisation’, defines a common space in the same way as synchronization refers to a common time.« Drulhe, 2015

The general assumption of the internet as a shared time and space across physical limitations proves to be wrong, when it comes to NMP and its virtual streams.

Fact is that »Enabling musicians to perform together from different geographic locations requires capturing and transmitting audio streams through the Internet, which introduces packet delays and processing delays that can easily have an adverse impact on the synchronicity of the performance.« (Weaver, 2020)

The main challenge in NMP is latency, which depends on geographic distance, network quality (bandwidth, upload and download speed, and access to Wi-Fi or Ethernet), data (types of sound, audio signal quality) and production gear.

Delays not only provoke acoustic asynchrony but also a different version of the piece for every listener. Even when the output is captured and re-distributed centrally to an audience (e.g. streaming), every listener has a mediated setup (internet connection, hardware) that once again affects its reception.

In every glitch, we witness the physicality of the medium, seen in the details. Temporal affections bring a »spatial dimension« to each node, when they reveal its location in the network through its asynchrony. Then, dislocation (that was a pre-requisite) is no longer geographical, but also embedded in the discrepancy between each point of perspective. A question arises: Which is the objective version of this performance? How many versions of this performance exist in all its »distinct« iterations?

Luckily, we are still able to conceive such an image, before all technical bugs disappear and the interface becomes purely transparent. It can remind us of relativity and that our point of view is not the only one.

Considering the apparent impossibility of ‘real’ synchrony measured in milliseconds, a de-constructed notion of synchrony and presence has been developed inside the NMP practice, building its meaning as an »illusion« of real time, rather than its literal execution, when the performer or listener’s attention is focused on »being able to communicate« (Weaver, 2020).

In her work, Sara Weaver, director of »NowNetArts«, a non-profit organization dedicated to contemporary Network Performance, has developed compositional strategies, notation, practices and methods for thinking about compositions across latencies, using the flaws of the medium as features of the composition.

Knowing that a clean synchronic communication is almost impossible, she describes »’synchrony’ [...] as perceptual alignment of distributed time and space components«, and »presence« as interconnection, multidimensional resonance or integral synthesis in which »’here’ is expressed as a composite location, composite reality and composite sustain of time-space resonance.« (Weaver, 2020)

After exploring the medium through other perspectives, and practices that extend it, Ximena Alarcón, an artist and researcher of Telematic performance, says that this practice »can open a door to listening, playing together, telepresence, embodiment, intimacy, mixed realities« (Alarcón, 2020),

Pauline Oliveros, who was working in Tele-musical Performances since 1991, once posed the question: »Why would anyone care to perform music between distant locations?« Today, I would dare to say, we are in the moment to ask, How do we want to do that?

Gabriela Gordillo, is a media artist and researcher working in the fields of sound, interfaces and live art performance. Her interest is in the topics of time, listening and perception, applied through transdisciplinary practices. She is a graduate from Interface Cultures MA, Kunstuniversität Linz and collaborates with servus.at, since 2019. 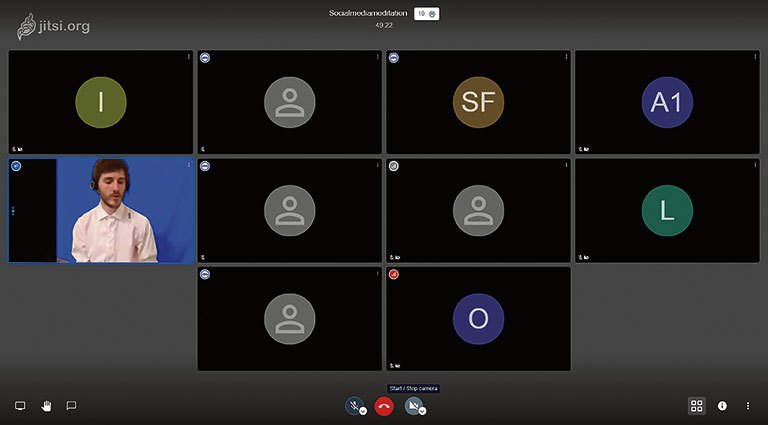