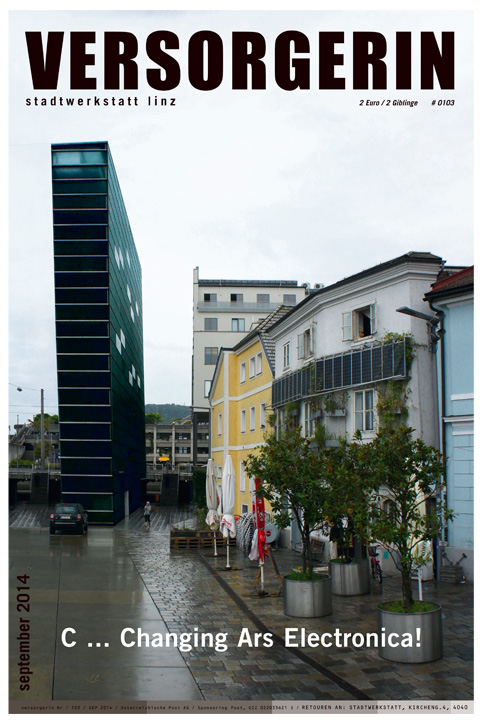 The Soft, the Hard and the Wet

For the summer2014 residency at Station Messschiff Eleonore, I curated three artists – Afroditi Psarra, Ce Quimera, Robertina Sebjanic, each takes up two week residence on board Eleonore anchored in the harbor of the Danube flowing through the city of Linz. The title »The Soft, the Hard and the Wet« takes the cue from Sergio Leone’s »The Good, the Bad and the Ugly«. Leaving the goldmine in the wild wild west, we operate self-guided tours in exploring current electronic media art practices – respectively in soft circuit, open hardware and wet lab.

Afroditi Psarra, an Athens based multidisciplinary artist, works with a wide variety of media and techniques that extend from embroidery, soft circuits, DIY electronics, hacking and creative coding, to interactive installations and sound performance. She is well-versed in new technologies and contemporary artistic practices with a PHD dissertation on cyberpunk and new media arts which studies the relationship between science fiction, performance and digital art.

Her Eleonore residency project Divergence dives into the invisible electromagnetic field with a tailored soft-circuitry garment. Embedded with Adafruit Flora microcontroller, coil antenna, zipper slider, conductive threads, the wearable provides haptic and sonic feedback of the electromagnetic sources that surround us. During her two week residency, she transforms Eleonore’s main cabin into a solar powered multi-task work lab, sewing machine and soldering iron included. Divergence as performance locates the performer wearing the garment in the middle of the crowd, inhaling and exhaling the immediate surrounding environment and all the nuisance generated by human/machine presence.

Ce Quimera is co-founding partner of Quimera Rosa [Pink Chimera] who situate themselves in Barcelona’s hacking/sexing activist communities. Taking Donna Haraway’s notion of cyborg as theorized and fabricated hybrids of machine and organism, Quimera Rosa further push bodies as a platform where prostheses trigger synesthesia and body private exposed to invite public intervention. Partly based in Hangar medialab in Barcelona, Quimera Rosa are nurtured by a generation of open minded open source geeks who pass on circuits and patches for appropriation and re-application. Quimera Rosa take off with the tool boxes and open schemes to reposition their bodies as post-gendered sonic instruments engaging in transfeminist and post-identity discourses. Combining their performance presentation with workshops on body noise, Quimera Rosa is on the road making much noise.

Trained as a dancer, Ce Quimera proposes to develop a performance work, There is no body without F[R]ICTION, during the residency. F[R]ICTION is a DIY synthesizer device that generates sound by body friction. Departing from wired body with prosthetic attachments, Quimera considers prosthetic reversal where the body prosthesis branch out to make contact with its immediate environment. Body sensors via contact through touch, light, bending or vibration are re-evaluated for their maximum impact.

The resulted performance attempts to create a new subjective fiction of body, building on Quimera Rosa’s earlier works (i.e. SXK/sexoskeleton, La Violinista) around subjectivity and sexuality, where the body mutates by the incorporation of prosthesis. Using recycled materials to create a spatial notion based architecture, comprised of various organic and machinistic technologies, There is no body without F[R]ICTION explores forms of body modification in which the expanding space meets the body in friction. Admit the electronic debris, the flesh merged with the plastic, the wire, the circuit boards, the flesh takes up the space and becomes space. The generative liquid sound flowing through the space composes chaotic imagery as bona fide noise disrupting any narrative linearity that the viewers may wish to construct. Given an open space to move around, we expect the audience in the performance to be drawn into the F[R]ICTION, sharp edged and non reconcilable.

As one of the founding members of Ljudmila Art and Science Laboratory (established in 2010), Robertina Sebjanic is deeply involved with what Ljudmila sets out to do – »to connect research practices, technologies, science, art and civil society… to engage in the development and popularisation of open culture, free licenses and software, and in new ways of distribution.« The context for her ideas and concepts is often realized in collaboration with other authors through interdisciplinary and informal integration.
With a particular focus on bioart and homegrown biotechnologies, Sebjanic has accumulated a body of collaborative works - echo 10-9 (2013) sets up a playground for nanobots swimming in micro/macro fluids, triggering in sonification the autopoetic chemical reactions on multiple levels. As an art and research project, HUMALGA: Towards the Human Spore: Reminiscing Algaeis (since 2012) tackles the genetic hybrid of the human and the alga, two distinct organisms fused as trans-species, connected through complex life cycles.
For the Eleonore residency, Sebjanic takes up Hydra, a biologically immortal freshwater animal, as her lab pal. Hydra, attaching herself to vegetation with the tentacles suspended free in the water, possesses an amazing capacity to regenerate 1/200 part of her body. In the context of research done on prolonging life itself, the artist further questions the quality of an extended life. By studying the pluripotent stem cells and proteins of Hydra, does the artist wish to acquire their properties via »biotech download« in human cells? Is it possible to undo the restrictions set for biological life forms by means of medical interventions or engineering innovation?

Setting up a hackteria style (http://hackteria.org) wet lab on board Eleonore, Sebjanic puts Hydra under the observation of a DIY microscope. The focus of her study includes the regenerative process of Hydra, Hydra’s reaction to colors, tracking the movements of hydra with light sensors and electrodes, experimenting with sonification of hydra and the development of a biosynth.

Working towards an ambiental poetic immersive performance, Hydra Reminiscence, featuring Hydra as the performer, Sebjanic zooms in on Hydra cells, amplifies the pulse in generative process, brings back the archive of the time reminiscence collected during the 14 days’ residency. The A/V environment conjures up a fictional scenario where species trade cells, agencies trade secrets and the eternal life cries for an exit.

The three artists brought together by the summer2014 Eleonore residency represent a fraction of current studies in body performance art where technologies serve as tools of intervention and circuit diagrams rewire the bodies. These artists are not alone aboard Eleonore. They are deep rooted in their associated labs where coding, soldering, wiring are communal activities. They are supported by a network of open source open culture practitioners. They in turn contribute their own appropriation back to the sourceS. They are part of the rising femtech network where hacking takes on genders and genres for a system restart that‘s long overdue.

»The Soft, The Hard and The Wet« summer2014 residency is part of A.I.R - KünstlerInnen, AkteurInnen neuer Medien, a major cultural initiative launched by Stadtwerkstatt in 2010.

The 3 part performance »The Soft, The Hard and The Wet« is part of NIGHTLINE. Programs organized by Stadtwerkstatt. 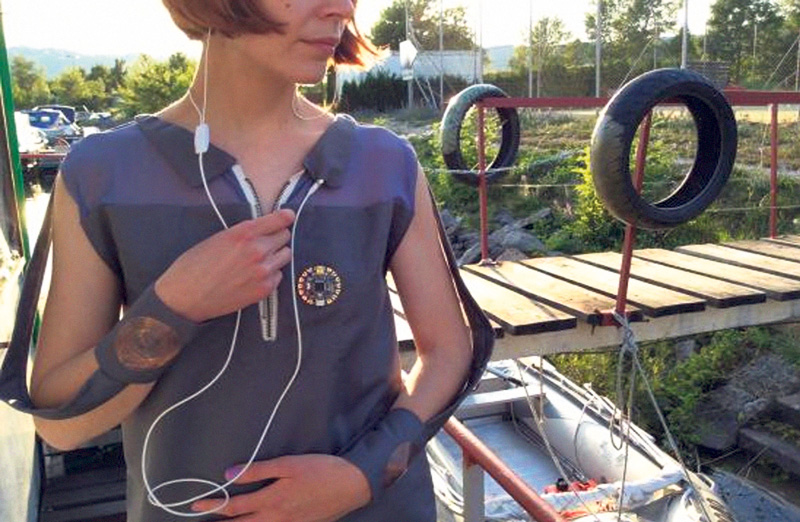 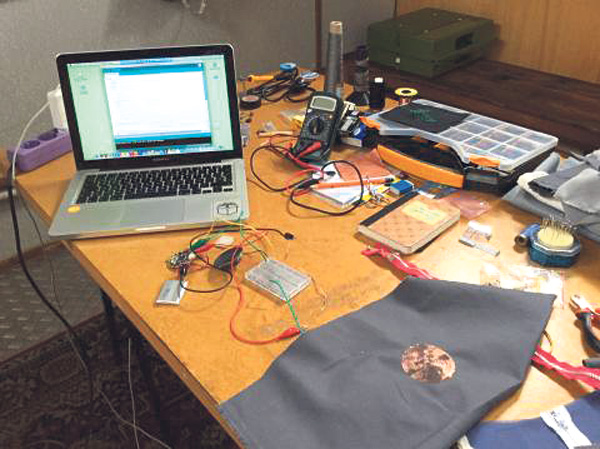 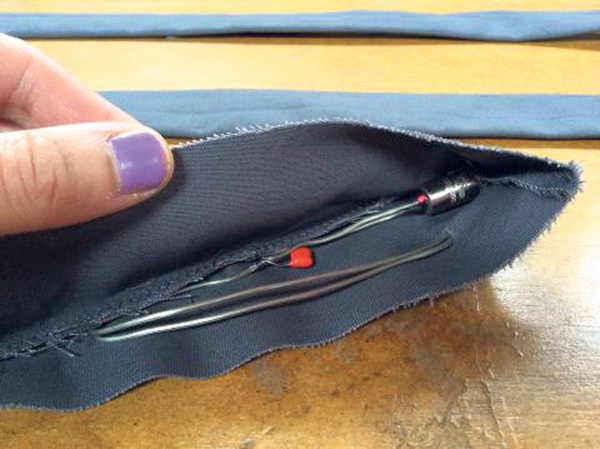 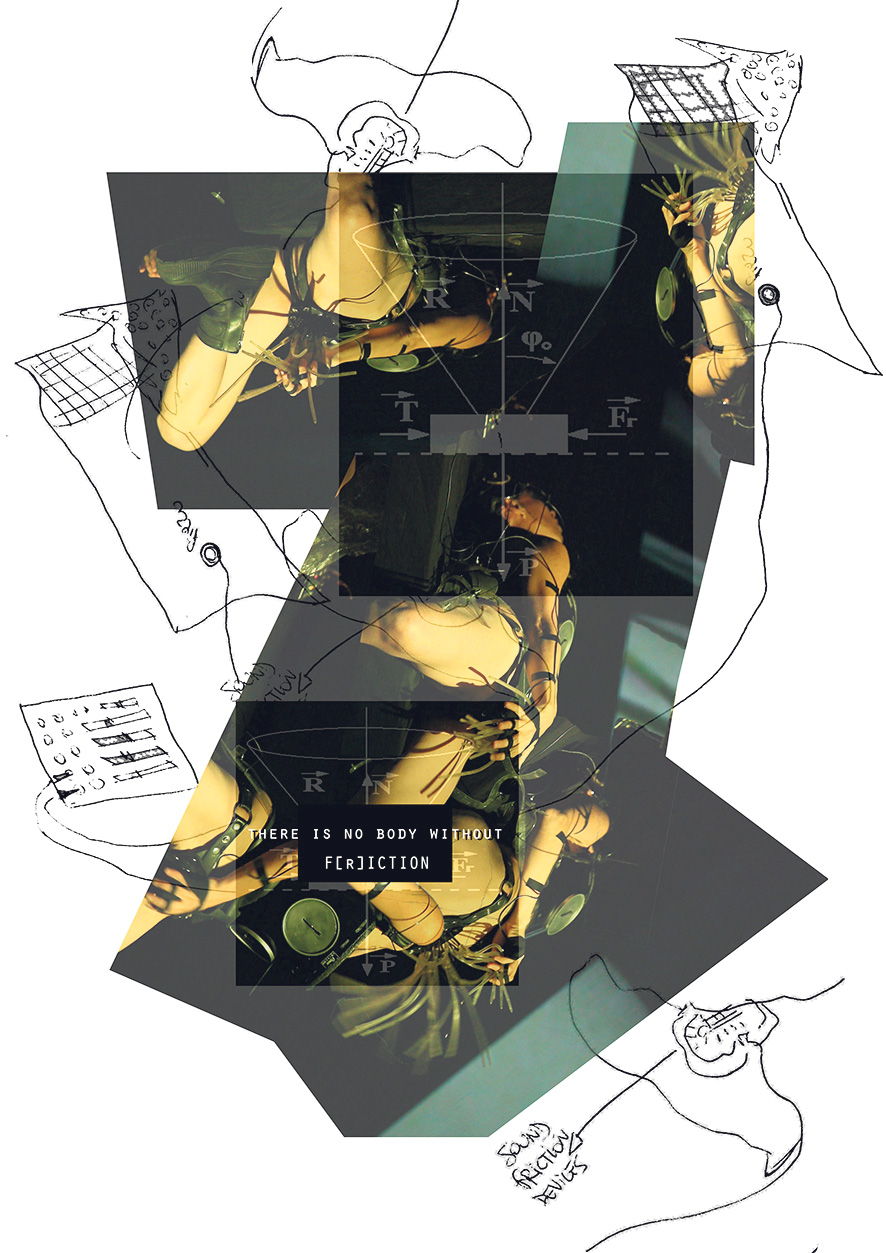 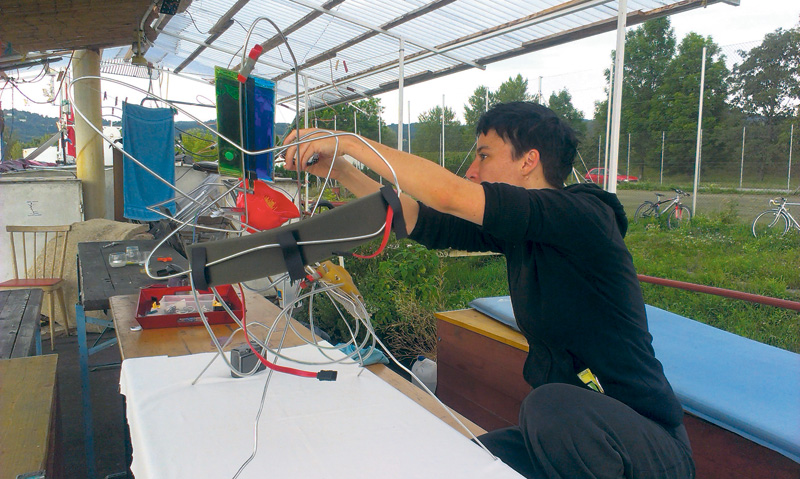 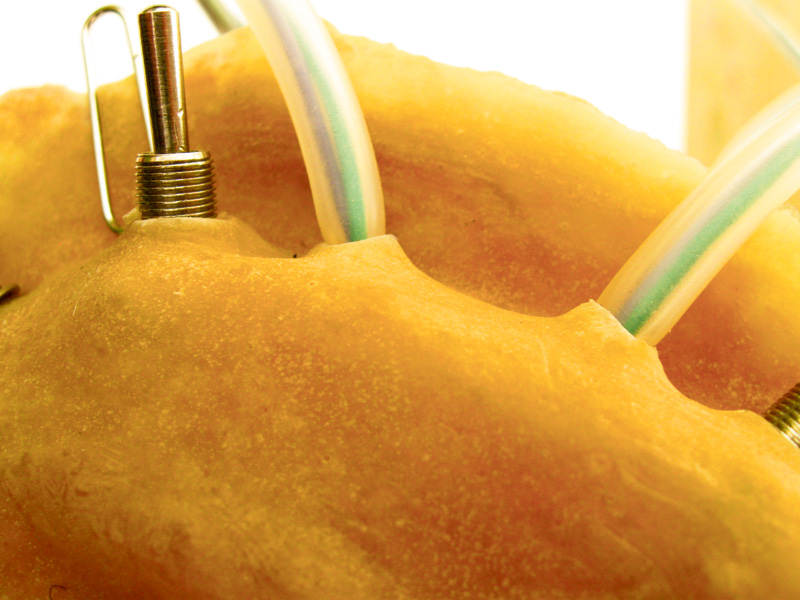 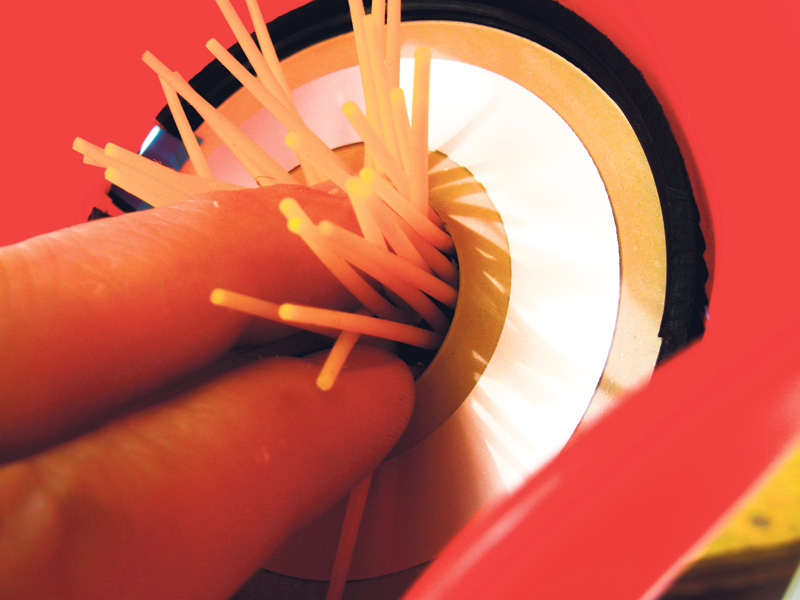 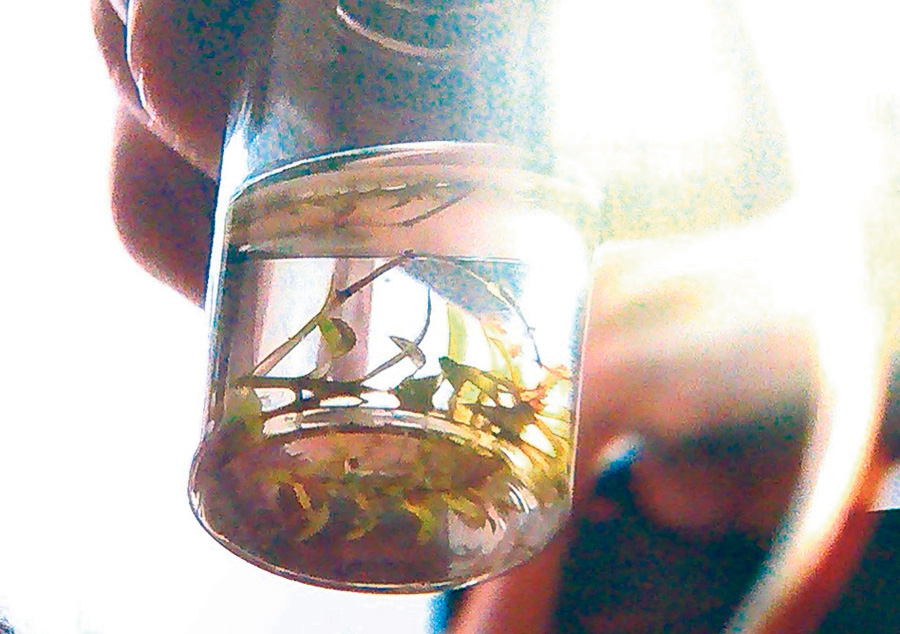 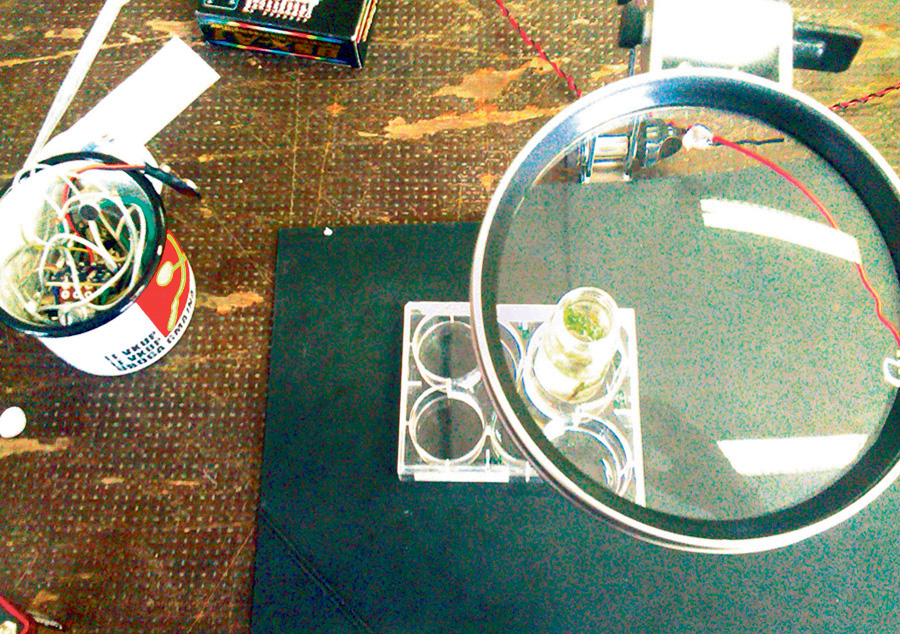 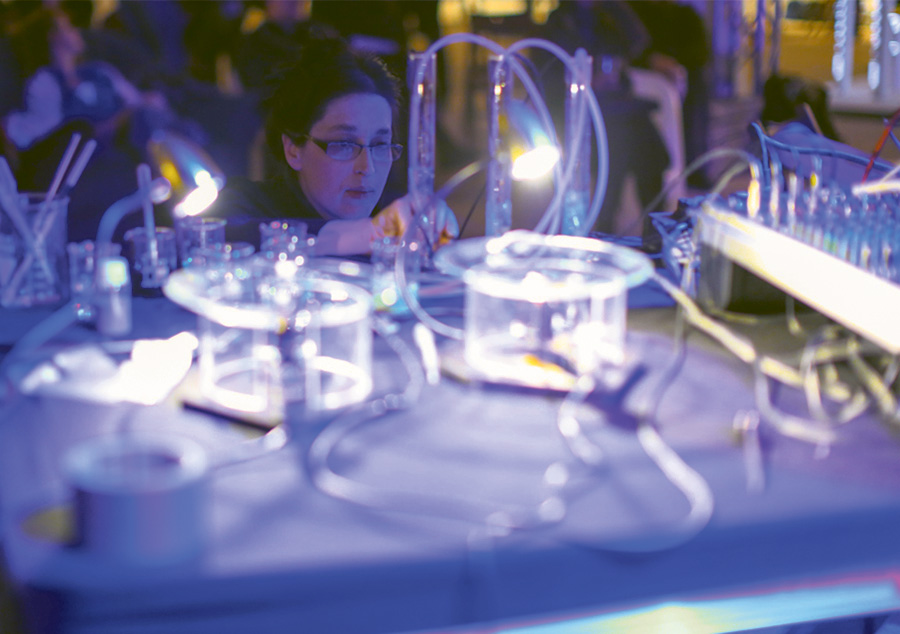