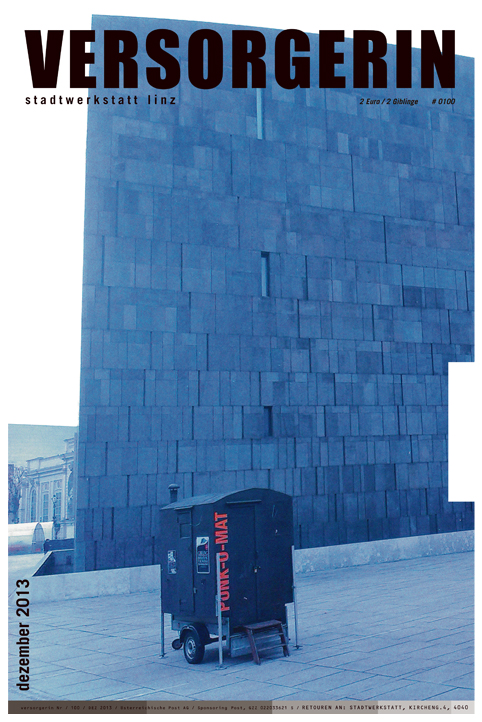 Alessandro Ludovico is a media critic. Since 1993 he has been the editorial director of Neural magazine. He has published several essays on digital culture and has also co-edited the Mag.Net Reader. Alessandro is one of the founding contributors of the Nettime community and also one of the founders of the Mag.Net organisation (Electronic Cultural Publishers). He teaches at the Academy of Art in Carrara, Italy, and was until recently a research fellow at the Piet Zwart Institute in Rotterdam.


Us(c)hi Reiter: Alessandro, you have been publishing the Neural magazine since 1993! It has meanwhile become a huge resource for digital culture, media art and hacktivism. In my opinion it is also a rich documentation of, let’s say, underground art. Trying to research within the archive of the magazine is not possible unless someone orders the magazine or pays for an online subscription. What led you to the decision to not make the content of Neural available for free? And when did you decide to make it available only through subscription?

Alessandro Ludovico: As it was born as an independent underground printed magazine, for Neural it was obvious to rely on subscriptions. That is still what makes its whole business model sustainable. Actually it‘s not fully correct that its content is not available online. We decided to post online all the news, reviews and reports but not the interviews, in order to give a specific reward to those who support us by paying the subscription. Those who subscribe to the printed version also receive some extras from time to time, like DVDs or small catalogues. You have also to take into account that we have never received a single cent of public funding in twenty years, so subscriptions (and ads) are our only revenue.

Us(c)hi Reiter: Does that mean you never took funding in order to be independent? If you are talking about Neural as a sustainable business model, someone could expect that you are able to cover all the production costs as well as your own income, in addition to being able to pay authors of the publication. This seems rather unrealistic to me within such a niche. Or am I wrong?

Alessandro Ludovico: No, it means that in Italy getting funding is so complicated, time-wasting and politically humiliating that I always avoided it. So we went independent and tried to gain an international audience that would support, us and somehow we succeeded. With Neural I‘m able to cover all the production costs (including online projects, like the Neural Archive) and pay a little to the authors, but not really my own income, for which I teach, lecture and participate in various projects. So Neural is sustainable with no funding, because I volunteer my time.

Us(c)hi Reiter: In one interview you described your background as a geek who was fascinated by the possibilities of inter-(ex)changing art on specific topics all over the world, and you claimed that everyone could be an artist.
After the Dot-Com Crash early works and ideas by artists dealing with the net were somehow absorbed by the market. And one outcome, in the so-called read-write society, can be termed as digital culture. Another more politically driven movement within digital culture would be net culture. Where, in your opinion, has the art gone?

Alessandro Ludovico: If you mean the early net art, it has gone into history like every single avant-garde in the history of art. But net art and digital art at large have still quite a few flagship artists engaged with important political and social questions. This has been a quite natural consequence for them being involved with art that involved mainly communication mechanisms. Where art in general goes is a too big question for me, but I‘m happy that the more time passes, the more young artists break down the boundaries between art technologies and quite different media and spaces. In the end art is about communicating ideas, so even if the art market, especially the most industrial one, can swallow movements, people and ideas, it still can‘t freeze or weaken social or political gestures just because it decides they are marketable. And in this sense technologies help a lot.

Us(c)hi Reiter: You are also engaged in art and politics in the Hacking Monopolism trilogy together with the Italian artist Paolo Cirio. One of your last projects together with him was Face to FACEBOOK http://www.face-to-facebook.net/ Within this project you automated the selection of publicly available user data in Facebook and analysed and re-contextualized the data. By trying to match data of users you attempted to reinforce the idea that Facebook is in reality a dating platform. You wanted to show the consequences in real life by putting so much personal data online. How did this idea develop, and what have been the reactions after bringing it online?

Alessandro Ludovico: We wanted to show how easily very personal data can be appropriated, reused and especially recontextualized. Facebook is the biggest database of personal data ever done, and the most paradoxical aspect is that is crowd-sourced. So we were rude, but didn‘t want to hurt people, so we immediately removed people from the dating website as soon as they asked us to (I‘ve personally spent two weeks full time doing it). The reaction was overwhelming. There were personal reactions from a lot of people, who reacted in various ways, from support to death threats. The legal reaction from Facebook lawyers was to threaten us for nine months (they wanted us to take everything offline, even the documentation website, but we resisted). And the media performance received more than 1100 press reactions in a couple of months.

Us(c)hi Reiter: There was a lot of exchange between artists and technically advanced people in the early nineties. Artists wanted to know how things worked. Some artists gave up and stayed users. Some artists even became geeks. Or did geeks become artists? Don‘t you think artists these days who want to reflect on socially relevant topics in the context of the digital age must act as critical engineers (http://criticalengineering.org/)? And do you see a young generation emerging that works in this way, without commercial aims at the same time?

Alessandro Ludovico: Maybe some geeks become artists (and that would have been a great result for art avant-garde), but too many excellent geeks remained indifferent to art and to its strategies (sometimes clearly refusing it as an »elite« thing), and in my humble opinion that was a big missed opportunity. At the opposite pole, the Critical Engineers Manifesto is a great example of conceptually creating a sustainable territory, where all these relevant questions can live and prosper. Younger generations (as I can see them through my students) go where they know they can go, so it‘s absolutely essential that they know all their options before deciding. In my personal experience, for example, I‘ve noticed how the concept of ‚common‘ is missed more and more (in both the physical and the digital world), so introducing and reinforcing it is one of the needed steps.

Us(c)hi Reiter: Thank you for the interview!

Thanks to Aileen Derieg for support