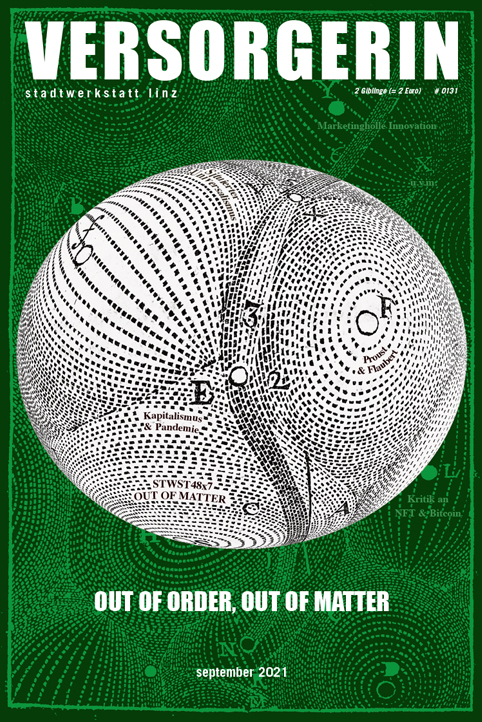 Makery met with Shu Lea Cheang, on the occasion of the presentation of »Virus Becoming«, an exhibition that was held at the Departmental Museum of Asian Arts in Nice this May.

For more than 40 years, artist Shu Lea Cheang, born in Taiwan and trained in USA, has been shaking up the framework of media arts and its aesthetic codes through works ranging from films, to installations, performances, net art and web series. Her work borrows from science fiction theories and ideas as much as gender study and queer culture. Her interest in body politics, bioethics and biotechnologies in general leads her to present works that are as many studies on contagion and virality in a world enslaved by the biotech industrial power. Meeting with an artist with an acute vision, on the occasion of the presentation of Virus Becoming, an exhibition that was held at the Departmental Museum of Asian Arts in Nice until May 16.

Makery: Shu Lea, since the beginning, your art work is embodied by the idea of mutation, infection, virus… Where these thematics does came from?

Shu Lea Cheang: I should possibly attribute these viral infection in my art work from my New York City days (1980s -1990s). These were times of protest and street actions, of clubbing, sex, drugs and the AIDS epidemic. We lost many friends. We were out with ACT UP who staged direct action and civil disobedience to demand FDA’s release of curing drugs.

In my scifi cyberpunk film I.K.U.  (2000), virus as Tokyo Rose attempts to defunct GENOM’s I.K.U.replicants ; in FLUIDØ (2017), a scifi cypherpunk film, I ultimately claims the virus as my own salvation, my attempt to reconcilie with the pain of lost intimacy. By 2009, while developing UKI at Hangar media lab, I launched Viral Love Biohack as my current cycle of work.

You are also a pioneer of digital media art. In retrospect, how do you see your work since the 90s?

In the mid-90s, I declared myself homesteading cyberspace. I was regarded as a pioneer of net art with my Guggenheim museum commission of Brandon (1998-1999). By 2002, I wrote post-Net-crash synopsis for my artworks such as Garlic=RichAir (2002 – ongoing), Mycelium Network Society (2017 – ongoing).

Parallel to my art works, I have also been engaging in building collectives – i.e. TAKE2030 (since 2003) which operates in the parallel net media scheme, LaptopsRus  (since 2009), a tournament woman live performers’ meeting and Future Baby Production (since 2020) for UNBORN0x9’s ongoing research on ultrasonic politics and reproduction tactics.

Could we talk about I.K.U., one of your most famous pieces? What is the relationship between I.K.U. and your new piece UKI?

UKI my new feature, a scifi viral alt-reality cinema in development, is conceived as a sequel to my scifi cyberpunk film I.K.U. (2000). I.K.U. tells the story of IKU (»orgasm« in Japanese) coders, the replicants dispatched as sex machines by the internet porn enterprise GENOM Co. to collect human IKU data which made into IKU chips are sold for mobile phone plug in and consumption. In post-net-crash UKI, the data deprived IKU coders are dumped as electronic trash in the E-trashville and re-emerge as UKI the virus. Rising up to infiltrate and sabotage a detrimental bio-scheme engineered by GENOM Co., UKI the virus is joined by defunct humanoids, trans-mutants, techno-data-body and an infected city.

Your new exhibition at the Musée Départemental des Arts Asiatiques of Nice, is about the virus as a comment about the global health crisis that we are actually living. But it’s also a visionary commentary of an artist about our future as species, our evolution, right? Could you expand on that?

The exhibition at MAA (co-produced with OVNi ) titled Virus Becoming derives from the plots of UKI and is presented in two installations.  The 5 channel installation UKI Virus Becoming (first presented at Gwangju Biennale 2018) tells the story of the data deprived IKU coder Reiko’s reprogramming journey in the E(electronic)-trashville where the trans-mutants, the hackers, the coders, the migrants, the refugees and the native labourers reside. Through seven reconfiguration, Reiko re-merges as UKI the virus.

The second part of the installation centers on GENOM Co.’s BioNet construct and its promotion of red pill. We enter the era of BioNet, a corporate scheme to claim, alter, reconfigure our biodata. Using bacteria as ‘agents’ to enter the human body, GENOM Co. can then reprogram the erythrocytes, to transfuse the membranes of red blood cells. In its profitable biotech engineering scheme, GENOM Co. further harvests orgasmic data transactions to produce red pills for pleasure consumption.

I do not consider the future species arriving as the result of evolution. In UKI’s extended plot, an accidental bio-engineering glitch would mess up DNA sequencing and give rise to the non-binary neutral GEN. Arundhati Roy writes »The Pandemic is a portal, a gateway between one world and the next« on India’s viral conditions. The current vaccine politics (the patent war, global distribution of vaccine) enforce my notion of »You and I don’t live in the same viral reality.«

As we can see, you are very involved in the questions of gender, the future of our body as species, with a critical point of view. Same question : where do these themes come from?

Gender as dissidence. We are easily confined in the binary codes, 01, M/F, +/-. How do we position the trans? the transitioning? the transgression? Labelled as »minority« when migrated to the States in the late 70s, I can easily identify myself with the oppressed »others« that include the not-quite-determined or self-confirmed gender identities. In Brandon, I uploaded a transgender Brandon across Nebraska state highway to the cyberspace where techno body gender fusion were debated ; in 3x3x6, gender and racial morphing become queer strategies to counter the algorithm of gender & sexuality in the digital age.

Virus Becoming presents UKI, the prequel to an upcoming film and the sequel to I.K.U. (2000). You have already made many films before as you explained to us. What is your relationship with cinema as an artistic medium?

I make cinema as art installation or I make art installation as cinema, observing the »grand undefined term« of mise en scène. In the long process (writing, fundraising) of a feature film production, I divert the cinema concept to make art, usually as networked installation and collective performance.The medium of art becomes sketch, rehearsal towards the final realization of the film.

Joined by game curator Isabelle Arvers as producer, we received a CNC-Dicréam funding (2016) towards UKI’s development as an »interruptive« cinema. In the process of fundraising to realize UKI as cinema, more art works are rendered as we construct 3D E-trashville and BioNet, resulted in exhibitions such as UKI Virus Rising (2018) and Virus Becoming (2021).

You seem totally fascinating by virus as entities. You write »it is also inscribed with the potentiality to propagate, mobilize, and resist.« Is it what’s fascinates you, this power of resistance? The way the virus — as tiny element it is — can make a civilization seize up?

The potential of viral capacity in multiplying, propagating is immense. Consider UKI the virus as a self-motivated entity, she possesses the power to call for actions, to mobilize, to infiltrate, to subvert. When Jussi Parikka speaks of nomadic cultural memory, he refers it to social apparatuses. History, archive, depository, memory can be referred in UKI’s desire to reclaim her own orgasm data appropriated by the
GENOM corporation.

In your exhibition Virus Becoming, you are also talking about the impact of technology on our body, our relationship with each other, which had been more and more controlled by the survey tech market and capitalist, right ? Do you want to develop on that too?

Science made fiction. UKI responds to the current advancement in bio-informatics, bio-engineering and mobile digital media. The research in Genomics and Synthetic biology remaps our body construct. Body parts can be replaced by cultivated micro-organism. Microchips implanted beneath the skin data-track us,expose our bodies for intervention.

Mobile phones with embedded sensors are our extended prostheses, tracking our geo-locations, body movements, border crossings, We contribute our personal bio-info data to the big data, Big Daddy Mainframe (VNS Matrix, 1991). We are part of a meta-integrated network surveillance structure. How do we negotiate ourselves within?

In 1998, upon arriving in Tokyo to work on the script for I.K.U., I set out to depart from the techno-orientalism that charts the neon gritty future of Ridley Scott’s Blade Runner (1982) and to bring queer sexuality to the scifi genre of filmmaking. I.K.U. departs from the final elevator scene when Deckard and Rachel enter the elevator and dive into underground future in which Rachel becomes Reiko, Reiko the IKU coder and Deckard the IKU runner.

Tracing back Blade Runner to Philip K.Dick’s Do Androids Dream of Electric Sheep? I got into the cyberpunk genre of science fiction. At
the same time, I was taken into Samuel R. Delany’s fantasized universe and his unabashed pornographic writing about gay sex, The Mad Man, Hogg and Phallos. I paid homage to Delany in my two films – I.K.U. and FLUIDØ.

When I conceived the concept for UKI (2009 – ), I brought back Dick’s electric sheep and called for »Set your electric sheep free range. It is 2060, what do you do with expired humanoids?«. These 3 scifi fictions guide the scripting of UKI – Greg Bear’s Blood Music (1983), Octavia Butler’s Blood Child (1995) and The left hand of darkness (1969) by Ursula K. Le Guin. I am crafting a genre of new queer scifi cinema in which sex, code and data intersect in an entangled [science] fiction.

The name of the exhibition is »Virus Becoming«, not »Becoming Virus«, why? It’s very different…

Virus Becoming hints towards a virus-embedded body. The virus enters the body, the body accommodates and submits to the viral self, the body becomes the petri-dish that permits virus to grow, to mutate within, to fork the variants that venture out to conquer the world.

Earlier we were talking about science fiction. You also seem to like to talk about difficult topics using pop aesthetics. Am I wrong?

I am not sure about any particular pop aesthetics I associate myself with. Rather, I am aspired to direct actions, slogans and hack tactics.

Contagion, is formally associated with invasion, body invasion, or »computer invasion«, but in this work we have to take this expression in a broader meaning, which one? Could you explain?

Shu Lea Cheang is currently artist in residence of the ART4MED program coordinated by Art2M / Makery (Fr) in cooperation with Bioart Society (Fi), Kersnikova (Si), Laboratory for Aesthetics and Ecology (Dk), Waag Society (Nl), and co-funded by the Creative Europe program of the European Union.

Welcome to the BioNet / Your body infiltrated / Your microbe compromised / Your red blood micro-computes / Your red blood codes DNA / Your red blood is your current currency / Shove me with your bloody money / G for Giblings / Giblings for giving / Giving for forgiving / Shake me hands / Hold me tight / I want your wet data / Make me a red pill / Swallow the red pill / SenSexual AutoInduction / Your pleasure our business / You and I don’t live the same viral reality.

Maxence Grugier is a journalist specialising in digital art practices. This Interview was first published in Makery Magazine (https://www.makery.info/). 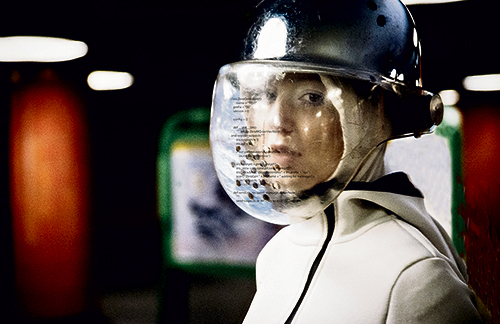 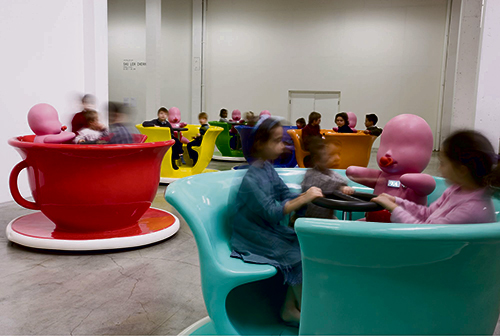 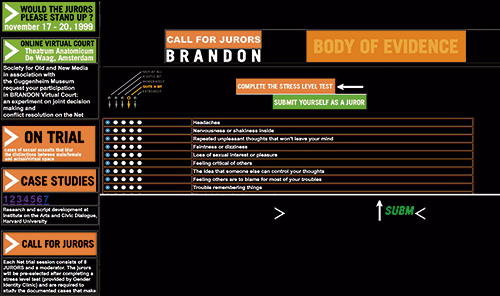 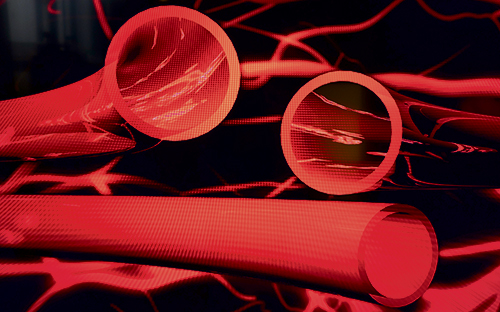 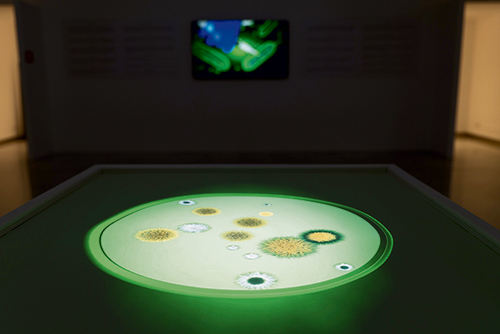