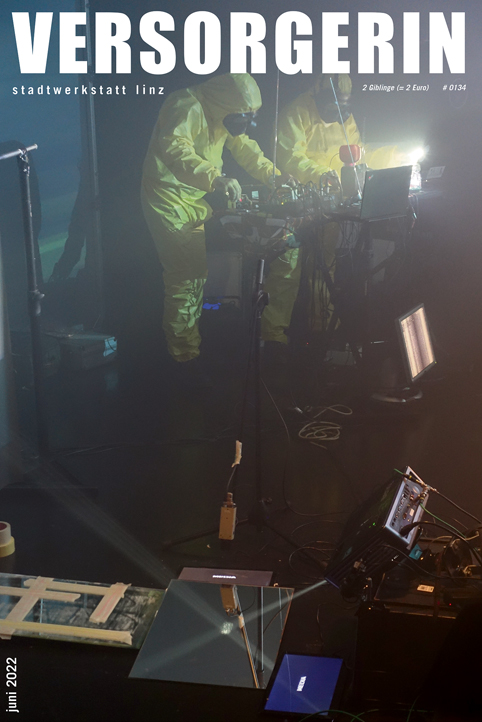 Algorithmic Solidarity in the Cloud

In this article curator, blogger and art critic Régine Debatty reports about the studio visit at the Next Cloud Atelierhaus, online residency program from servus.at. Régine met the five resident artists and discussed with them about their projects. The article was first published on "we make money not art" on May 13th, 2022.

In 2021 servus.at launched a one-month online residency program for digital artists. Next Cloud Atelierhaus offers 5 invited artists access to all the tools in the servus.at cloud instance, a content collaboration platform that allows communication channels such as chats and video conference, and offers specific tools to organize group workflows.

As a curatorial experiment of a self-made institution, the project investigates what role Atelierhaus can play in the online spaces to champion digital art and respond to its needs. The online residency format allows for the sharing of resources, feedback from the servus team, weekly meetings, studio visits with guests, hang out activities and a final open studio presentation. 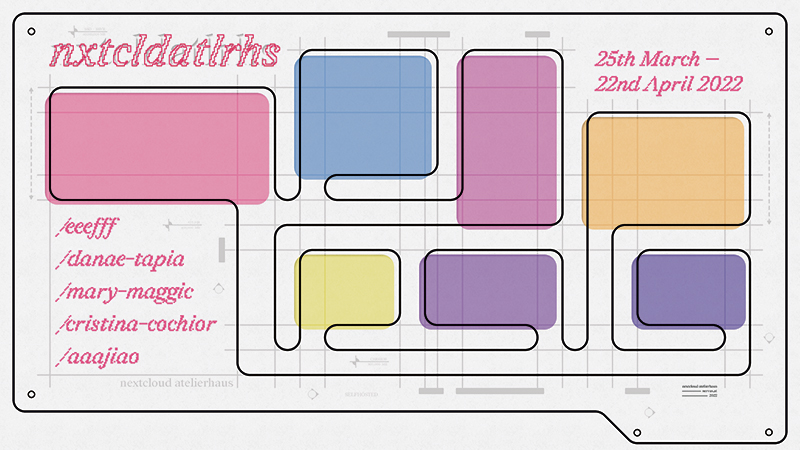 An oracle inspired by Marxism, a School of Algorithmic Solidarity, a bot that follows Socrates’ encouragement to »know yourself«, a poetical exploration of the asynchronicity between human and computer times, an archive of body parts that resist patriarchal technology…. These are the projects I heard about when I met with the residents of April 2022 in the context of a(n online) studio visit:

The first artist I spoke with was Mary Maggic1. Their artistic research focuses on hormone biopolitics and environmental toxicity, and on how the ethos and methodologies of biohacking can help to demystify invisible lines of molecular (bio)power.

During the online residency, Maggic worked on Archiving the Disobedient Body. Every day, they made a 3D scan of a different part of their body, »one disobedient section at a time«. The segments are then stitched together in a way that evokes the badly sewn body parts from which the creature of Dr. Frankenstein emerged. Every glitch in the 3D scanning process (missing fingers, poor quality of skin texture, etc) points to the failure of machines to understand and categorise the human body. 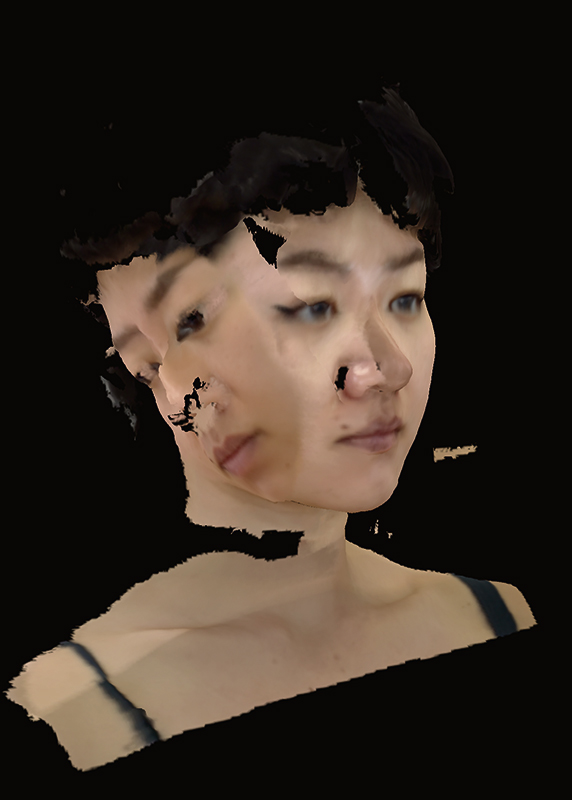 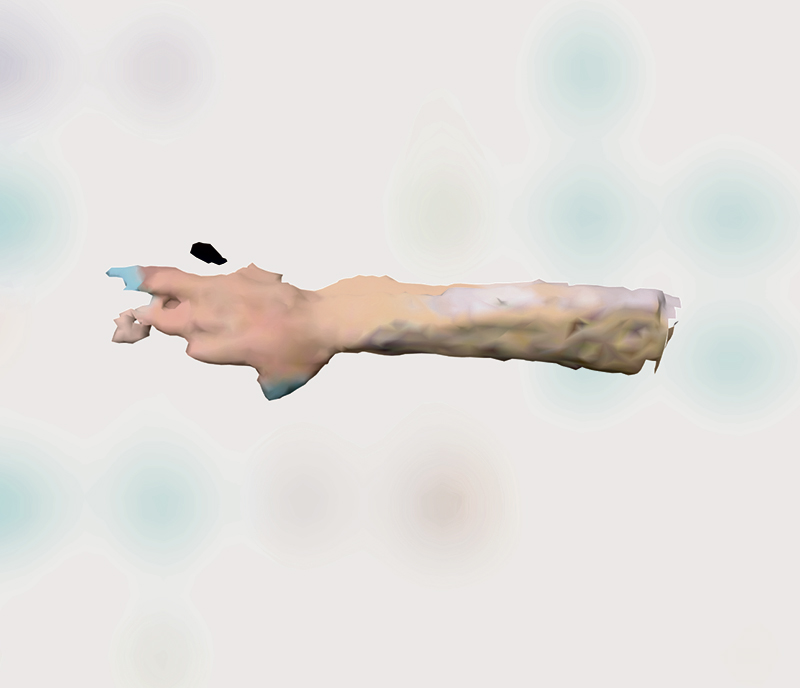 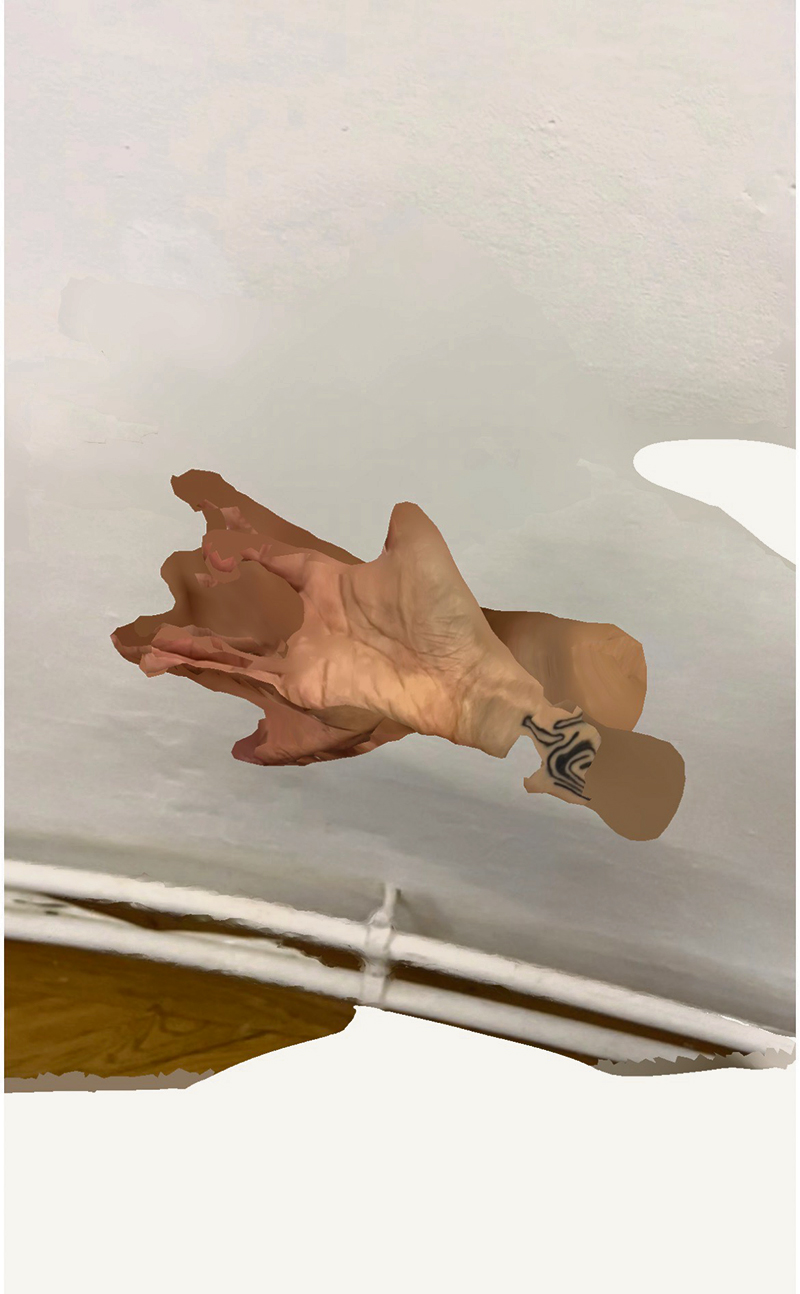 Arguably every external part of the human body has been defined, measured and categorised under the scrutiny of scientific objectivity, producing a kind of somatic fiction that distinguishes normal bodies from the abnormal or pathological ones. This is where the »disobedient« element comes in. Traditional categories ignore or deny the fact that the body is in a state of constant responsive morphogenesis with molecules, microbes, endocrine disruptors2, metabolisms and messiness. We are more malleable than we think we are. In that sense, our bodies are being queered, whether we realise it or not. This is one of the reasons why the rigid concept of gender is increasingly being challenged today.

By seeking to perform the impossible process of archiving a body that relentlessly shapeshifts, Archiving the Disobedient Body subverts patriarchal technology and heteronormative structures, shows their failings and repurposes them for queer and feminist practices.

The project is open source: the 3D scans of the body are published online along with the 3D scanning protocol for collaborative mutations. Other people can thus access the scans of the artist’s body and contribute to the deconstruction of the »normative« body.
Archiving the Disobedient Body is a second step in a broader project devised to create resistance within patriarchal technology. Maggic having previously worked on the Genital( * )Panic clinic3 which attempts to redefine genital aesthetics and taxonomies for the toxic era.

Danae Tapia is the founder of The Digital Witchcraft Institute4, an arts organisation dedicated to collecting advanced but non-conforming approaches to the use of technology. The mission of the Institute is to examine the parallels between technology and mysticism, between hackers and shamans, between anthropological and digital studies. Tapia has been developing bot oracles for a while, taking advantage of what she calls »digital randomness« and cheap AI technology to explore how spirituality is being coopted by capitalism.

For the Next Cloud Atelierhaus residency, she used Marxist theory as the basis of a research into the kind of esoteric understanding that communist ideals can generate.

The Grave, a Marxist Oracle blends quotes from The Communist Manifesto with filtered photos that the artist collected from Signal chats with her friends. The work envisions Marxism as a kind of ancient European tradition where every individual projects their own meaning and interpretation onto the text depending on their own subjectivities. 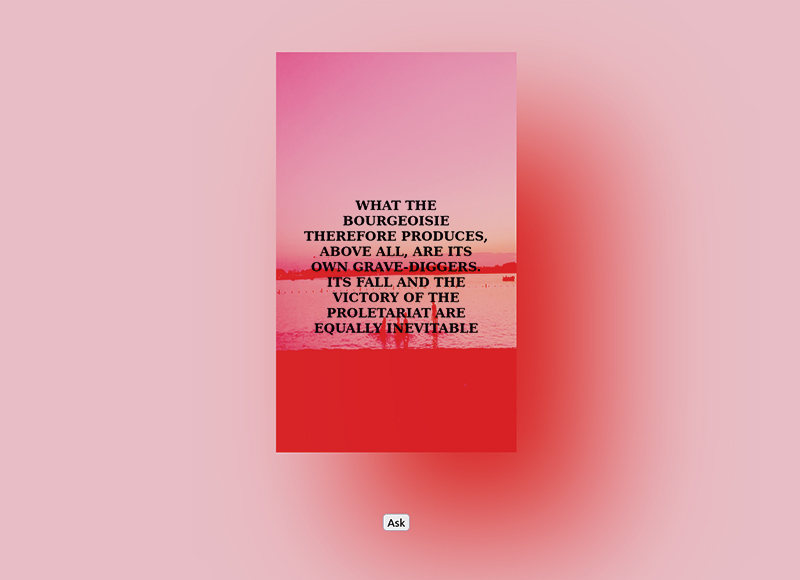 By combining sentences from the Manifesto with snippets from Tapia’s digital intimacy, the oracle can summon imaginaries that look strange but remain in line with what Tapia calls »the spiritually-charged aesthetics of Marx and Engels’ text«.
In the future, the artist wants to open up the folder so that other people can upload their own images to the folder and make The Grave a more autonomous project. She is also thinking about adapting the work for an exhibition context. It would then be more immersive, with sonic meditation for example.

Artist and computer scientist Nicolay Spesivtsev together with artist and writer Dzina Zhuk from eeefff5 explore the socio-economic effects of the infrastructure and politics of data and algorithmisation. Being from Minsk, the duo wanted to investigate the possibility of creating an algorithmic solidarity cooperative where collaborative practices could emerge and support new forms of solidarity. The residency allowed the artists to develop a skeleton for the ‘School of Algorithmic Solidarity.’ The school’s curriculum would focus on digital infrastructures of coloniality (such as the invisible6, precarious7 and often outsourced pool of human labour ensuring the functioning of tech infrastructure) and on new, playful and creative types of technology infrastructures of solidarity that would counter-balance highly capitalised conditions. 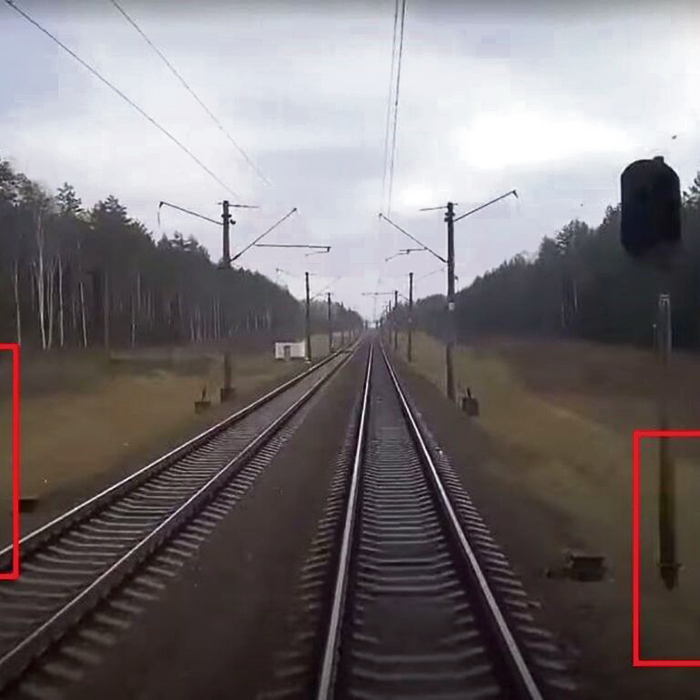 eeefff’s research not only explores solidarity but also strike. Part of their inspiration for the strike approach comes from the Belarusians partisans who sabotaged the railway infrastructure in their country in an effort to hinder the movement of Russian equipment into Ukraine.
Ultimately, what matters to eeefff is to develop a new political, anti-war imagination around institutions.

Cristina Cochior8 is a researcher and designer who focuses on structures of knowledge co-production, politics of automation, archival representation, collective publishing and situated software practices. She is a member of Varia9, a Rotterdam-based space for developing collective approaches to everyday technology. 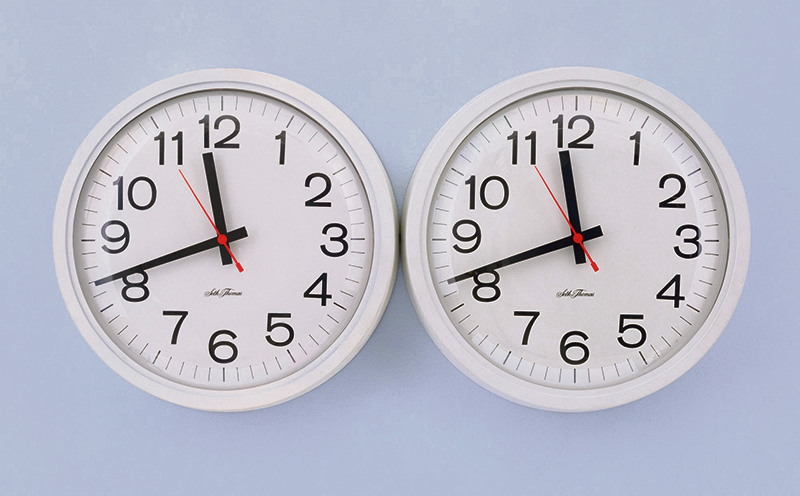 Several interests of the artist come together in the project developed during the Atelierhaus residency: the development of more collective and non-extractive digital infrastructures, computer logic and »user-unfriendliness« or the discomfort that manifests itself when technological infrastructure doesn’t function as smoothly as promised. Her project involves looking at the tensions between synchronicity and asynchronicity. Computers are synchronised to each other. However, there are frictions and a need for negotiation between human time and computer time. When you run out of disk space, for example. Or when you experience delays because too many people are using a server. These types of situations can be frustrating because they disrupt your work flow but they are also revealing the inner working of the infrastructures and machines that technology is made of. From there, Cochior wants to develop protocols that would explore the lags and asynchronicities, asking questions such as »How are timelines negotiated, interrupted or multiplied?«, »How can we replicate feelings of asynchronicity into different protocols?«, »What kind of poetry can emerge from these lags?«

aaajiao10 is a media artist, blogger, activist and programmer. aaajiao is also the virtual persona of Xu Wenkai, an artist who lives in Shanghai and Berlin. Many of aaajiao’s works investigate new thinking, controversies and phenomena around the Internet, with specific projects focusing on the processing of data, the blogsphere and China’s Great Fire Wall. aaajiao’s recent projects extend his practice to various disciplines (among them, architecture, topography and design) to explore the concept of identity in cyberspace and to reflect the fact that being a user has become the number one identity for many people across the world today. 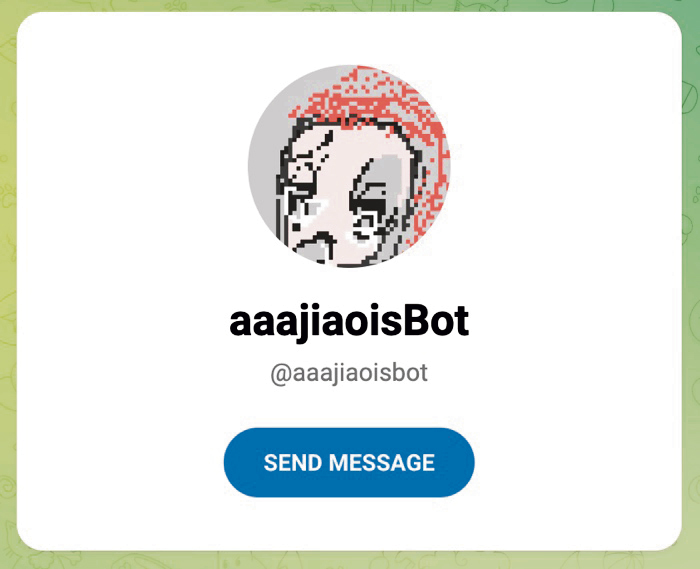 For the residency, aaajiao has used the messenger service telegram to give life to a bot11 that will help him know himself better. aaajiaoisBot starts by being a part of the artist but it will evolve over time to adopt a personality that is yet undefined: an alter ego, a tool or maybe even an existence that no human will be able to understand. Anyone can engage with the bot through the telegram platform. Maybe the bot will answer. Or maybe aaajiao will actually be the intelligence you’re talking to. The ambiguity reflects pseudo-AI or Potemkin AI phenomenon where human workers are doing the cognitive work behind AI services.

Régine Debatty is a Belgian curator, blogger and art critic who lives in Turin, Italy. Regine writes and lectures internationally about the way artists, hackers and designers use science and technology as a medium for critical discussion. She is the founder of the blog "we make money not art".